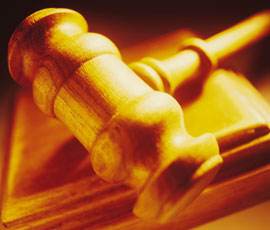 An injunction has been granted to restrict the activities of badger cull protesters and protect farmers from intimidation and harassment.

The NFU applied to the High Court for the injunction after farmers and landowners involved in the pilot culls were subjected to months of harassment and intimidation from cull protesters.

After hearing harrowing stories involving farmers and their families targeted by animal rights extremists a High Court judge ruled in favour of the NFU. The wording of the injunction was agreed during a court hearing in London on Thursday 22 August and will be effective immediately.

The Badger Trust said it agreed that activists should be banned from taking part in unlawful acts but peaceful protests should be allowed to go ahead.

The injunction will restrict the activities of known activists. Full details of the injunction made under the Protection from Harassment Act 1997 will be published on Friday 23 August.

One aspect of the ruling will make it unlawful for activists to protest within 100m of the homes of farmers whose land is located in the cull zones.

Speaking after the hearing NFU president Peter Kendall said he was “delighted to secure the injunction”.

“I, myself and my 12-year-old son have been targeted by activists through text messages and silent phone calls. Everyone has the right to a private family life,” Mr Kendall said.

Licences for pilot badger culls in Gloucestershire and Somerset were issued on 1 June. No date has been set for them to commence culling.

For a full report on the court hearing visit FWi on Friday 23 August.

Read more on bovine TB and the badger cull