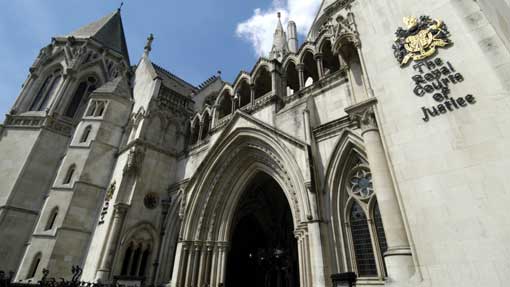 The Badger Trust has lost its latest legal challenge over the legality of the government’s badger cull.

The trust had appealed a court ruling that the pilot culls in Somerset and Gloucestershire could go ahead without independent scrutiny to monitor whether the controlled shooting of badgers was effective and humane.

But the Court of Appeal dismissed the trust’s case in a unanimous decision announced by three Lords Justices of Appeal on Wednesday (29 October).

Reacting to the decision, NFU deputy president Minette Batters said: “Yet again the courts have ruled that this government policy is lawful, despite numerous challenges by the Badger Trust.

“Both cull companies worked closely with Defra and Natural England this year to ensure the recommendations made by the Independent Expert Panel (IEP) to improve the delivery of operations were implemented, and humaneness monitoring was carried out during this year’s culls.”

Ms Batters insisted that culling badgers is necessary as part of a package of measures to eradicate TB in this country.

“Bovine TB continues to devastate farming family businesses across the South West and other parts of the country and it is vital every available option is used if we are to have any chance of wiping it out,” she said.

“This is reflected in the government’s clear commitment in its TB eradication strategy to tackling the disease in wildlife in areas where it is endemic.

“We remain confident these pilots will help to deliver a reduction of TB in cattle and it is vital they are allowed to be successfully completed so they can deliver the maximum disease-control benefits.”

Defra said it was pleased the Court of Appeal had “found in our favour”. A spokesman said: “As we have always been clear, the IEP’s role was to oversee the six-week pilots in the first year of the culls only.

“We have a comprehensive strategy to make England TB-free, including strict cattle movement controls and badger vaccination, but overseas experience shows that we will not beat the disease without also culling badgers where the disease is rife.”

However, the Badger Trust said it was “disappointed” by the judges’ decision and urged the government again to abandon the policy in favour of vaccination and tougher cattle control measures.

The Humane Society International UK described the ruling as “regrettable”.

The second year of the four-year pilots officially ended on 20 October. It is understood that marksmen achieved their target to remove at least 70% of the badger population in Somerset, but fell short of their targets in Gloucestershire.