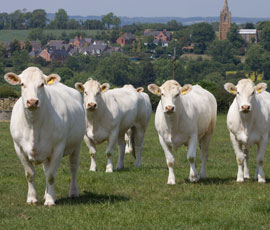 Changes to cattle controls as part of government measures to tackle bovine TB in England have come into effect.

In May, farming minister Jim Paice announced that stricter controls for pre-movement testing of cattle in England were being stepped up by DEFRA this summer.

The new requirements, which include moves to reduce compensation for outbreaks where TB tests are overdue, came into effect from 1 July 2012.

In summary, the changes are:

Last year, bovine TB led to the slaughter of 26,000 cattle and the disease could cost taxpayers £10bn unless action is taken, DEFRA said.

The Animal Health and Veterinary Laboratories Agency (AHVLA) has also produced an information leaflet Dealing with TB in your herd: Pre- and post movement testing of cattle in Great Britain to provide cattle keepers with advice and guidance on the pre- and post-movement testing requirements for cattle in England, Scotland and Wales.

The Q&A on three bovine TB information notes has been updated following feedback.

See our page for the latest information on bovine TB.

Add your view to our forum.