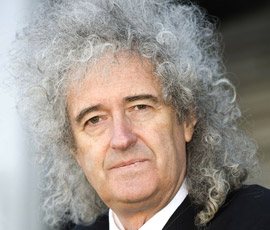 A newspaper report, by Queen guitarist and animal rights campaigner Brian May claiming farmers could soon be able to vaccinate cattle against bovine TB was misleading, Brussels has warned.

The European Commission said it was disappointed to see an article written by Mr May for the Mail on Sunday on 21 October.

The article has the headline: This cruel badger cull is pointless – and I can prove it, says Queen guitarist Brian May.

Mr May explains in the article how he met Mr Haeusler to find out why the EU would not let UK farmers vaccinate cattle against bovine TB.

“What we discovered is a bomb that will blow the idea of culling badgers [to combat bovine TB] out of the water for ever,” wrote Mr May.

The article, which argues that culling badgers is pointless, suggests European rules banning the vaccination of cattle against bovine TB could be changed quickly.

But Brussels said Mr May had misquoted Mr Haeusler.

“Some of the quotes are out of context or inaccurate – and therefore misleading,” said a statement issued by the European Commission.

Vaccination of cattle against TB is forbidden under current EU rules agreed by all member states, including the UK, the statement says.

“Some of the quotes are out of context or inaccurate – and therefore misleading.”
European Commission statement

This is because there is no effective test to tell the difference between vaccinated and infected animals, making it impossible to protect the food chain and identify which animals could be exported.

If such a test were to be developed and approved at EU and international levels – which would take time – the rules could be changed relatively quickly, the statement said.

But Mr Haeusler explained this would be the responsibility of the health commissioner, who deals with vaccination issues, and who could also advise on the exact process and timing in this case.

For 2012, some €31.2m (£25.2m) had been allocated to implement a rapid eradication strategy. There was no EU financial support provided for the culling of badgers.

Cattle vaccination ‘no magic wand to wipe out bTB’