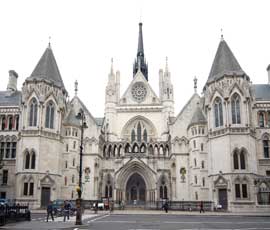 A High Court ruling which gave the go-ahead for badger culling trials in England could face a further legal challenge after anti-cull campaigners vowed to continue their fight.

But a spokesman for the trust said: “We are making a cool-headed analysis of the judge’s decision.

“Although the judge refused an oral appeal request, the option is still open for a written application and the Badger Trust, together with its legal advisers, are considering an appeal.”

If the culls were to proceed, the spokesman warned the trust would continue its fight to have them stopped.

“The method of free-shooting is cut-price expediency, risking a cruel and brutal outcome for a protected species,” the spokesman said.

“The judge accepted that costs might increase tenfold if free-shooting was ruled out for being inhumane to badgers, unsafe or ineffective in killing the 70% of badgers needed to have the claimed effect on TB in cattle,” he added.

“It will be very difficult to kill 70% of badgers. In that case we will highlight this failing.

“And if more than 70% of badgers are killed, then that will run the risk of wiping out local badger populations. That could contravene European laws under the Bern Convention, which protects species from this kind of threat, and we will challenge again,” he warned.

He added, given the massive cost and marginal benefits anticipated, the Badger Trust would call for detailed disclosure of the costings and findings of the pilots so Parliament could decide whether or not it could be justified.

But he ruled out any physical disruption to the trials.

“We do not condone damage to the trials. The Badger Trust will do everything in its power and within the law to minimise the harm caused by this thoroughly unnecessary killing.”

Go to our bovine TB and badger cull pages.