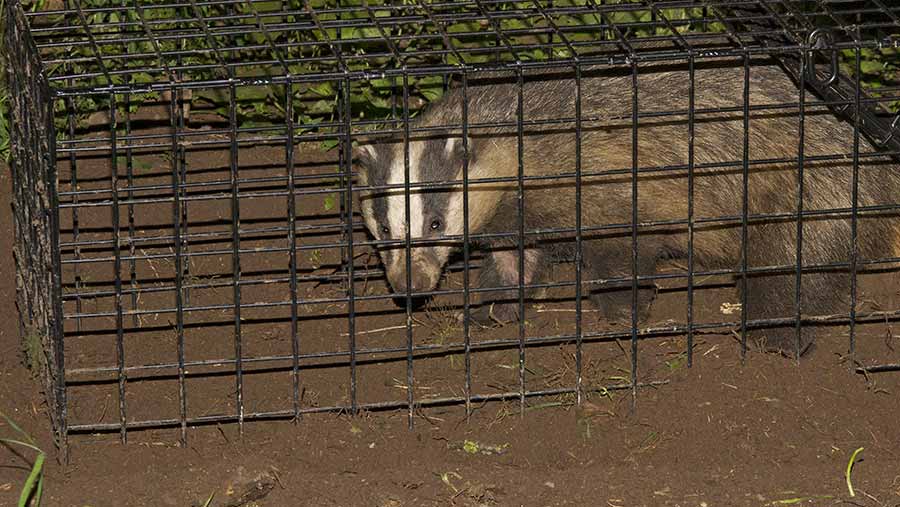 Badgers removed in the government’s pilot cull this summer could be tested for TB, Farmers Weekly has learned.

However, the current policy does not include testing of badgers or badger setts for the presence of TB.

Defra ministers have long insisted there is no need to test badgers for the disease because previous research on dead badgers in “TB hotspot” counties had already found a high percentage were infected with the disease.

Former Defra secretary Owen Paterson, a supporter of the government’s badger culling programme, has said more than half of badgers in some parts of counties where the disease is endemic in wildlife, have tested positive for TB.

But opponents of badger culling, such as the Badger Trust and Humane Society International (HSI) UK, insist the government should test condemned badgers for TB to build a picture of the prevalence of disease.

Anti-cull activists believe that too many innocent, TB-free badgers could be being killed due to the “blanket-culling” policy – and they have called for an independent audit to back up the government’s claims.

In a written parliamentary question, tabled on 24 February, shadow Defra secretary Kerry McCarthy asked Defra secretary Liz Truss “what plans her department has to monitor the disease status of badgers within cull areas”.

In a written response, farm minister George Eustice said: “Testing of badgers between 1998 and 2005 via the Randomised Badger Culling Trial and Road Traffic Accident surveys provided evidence of the typical prevalence of TB in badgers in areas of high incidence of TB in cattle.

“TB was found in around one-third of all badgers in these areas.

“We are considering the case for a cost-effective method of testing badgers within cull areas in order to assess the impact of the current policy on badger TB prevalence.”

Dominic Dyer, CEO of the Badger Trust, said it was “madness” that the government had so far spent at least £23m of taxpayers’ money killing 4,627 badgers – £4,970 per badger – without testing any for TB.

He added: “Liz Truss cannot possibly supply evidence that the badger cull is lowering TB in cattle, without testing the badgers killed for the disease.

“The RBCT cost more than £50m of public funds and resulted in the death of 11,000 badgers. All the badgers killed were tested for TB and only 16.6% were found to have the disease.

“More importantly only a tiny 1.65% were found to have late stage TB with visible lesions and a high risk of spreading the disease to other badgers.

“When you take account of the likely very low level of TB in badgers and the fact we have no good scientific evidence to prove they can easily spread the disease to cattle, the badger cull can only be considered a disastrous failure for farmers, taxpayers and our precious wildlife.”

Mr Dyer said he welcomed Mr Eustice’s commitment to look at the testing of badgers from the cull zones, but described it as “too little too late”.

He urged the government to stop the cull and move funding and resources to cattle-based measures, including improved TB testing, tighter biosecurity and movement controls.

Mr Dyer said: “Over the longer term we should also be extending badger vaccination and move forward with a TB cattle vaccine trial in the UK.”