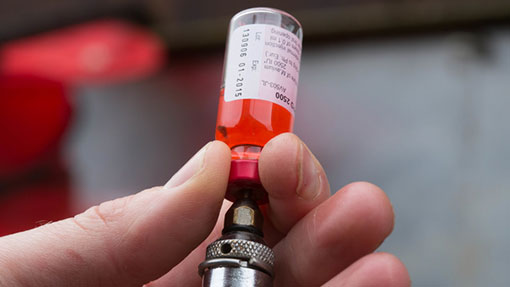 A devastated dairy farmer in Dorset is facing the prospect of losing nearly a quarter of his closed dairy herd after it was struck down with TB.

Paul Gould said a routine TB test on his farm uncovered 36 reactors, including 31 in-calf heifer replacements that were due to calve this year.

But now the cows at Townshend Farm, in West Stour, Gillingham, will be taken away for slaughter.

The news is a massive blow to Mr Gould, who is also Dorset county chairman of the NFU.

It comes just days after the government shelved plans for a badger cull in the county after an independent report concluded that pilot culls in Somerset and Gloucestershire were ineffective .

Mr Gould told the NFU conference in February that 220 farmers and landowners were ready to go if the government decided to go roll out a badger cull in Dorset.

He said he had no doubt that badgers were to blame for the latest outbreak.

“We have badger setts on the farm and as far as I’m concerned there’s only one source of infection that this could have come from,” he added.

“Losing all these cows in one go is going to have a serious impact on the business. It means we’ll have no replacements at all this year and we’ll lose nearly a quarter of the herd.

“It will probably take us three years or more just to get back to where we are now. It’s devastating and we don’t know what our next TB test in 60 days will bring.”

NFU president Meurig Raymond is due to visit Mr Gould on his farm Wednesday (9 April) to see the problem for himself.

Speaking ahead of his visit, Mr Raymond said: “The terrible situation Paul finds himself in reinforces the need for action to be taken on all fronts to tackle bovine TB.

“He has done everything he possibly can to stop this disease infecting his herd and yet is still facing losing nearly a quarter of his cows because of the infected badgers living in or around the farm.

“While we’re confident the pilot culls will deliver a reduction in bovine TB in Somerset and Gloucestershire, farmers in other parts of the country where the disease is rife, such as Dorset, face the despair of continually fighting a losing battle to control it without any means of preventing badgers continually reinfecting their cattle.”

Mr Raymond added that there was “little point” increasing regulations on farmers when the disease wasn’t being tackled in wildlife.

Controlling the spread of the disease is absolutely essential and culling badgers where bovine TB is endemic must play a role in any strategy to deal it, he said.

“The government’s TB eradication strategy highlights the need to control the badger population in areas where TB is rife.

“The NFU will now be looking at the best ways of rolling out this policy to other areas where farms and farmers are having to deal with the scourge of TB on their farms.”

Badger culling will continue for a second year in Somerset and Gloucestershire this summer. DEFRA secretary Owen Paterson said marksmen would have to “perfect” their shooting before culls could be rolled out to other counties.

A badger cull will now not be extended to Dorset before 2015 – or maybe beyond.

Meanwhile, a spokesman for Gloscon, the company set up to carry out the culling ion Gloucestershire, said many farmers would be “very disappointed” that the government had decided not to roll the culls out to other counties this year.

“There is a great deal of disappointment that the government did not feel it was able to roll the culls out to at least one other area this year,” added the spokesman.

“It just delays the ability to deal with the wildlife issue. Until we do that, there is the risk that farmers will get increased cattle-based measures when we know that 50% or more of the problem comes from not dealing with wildlife.

“The issue of the reservoir of TB in wildlife has not gone away and it needs to be dealt with.”