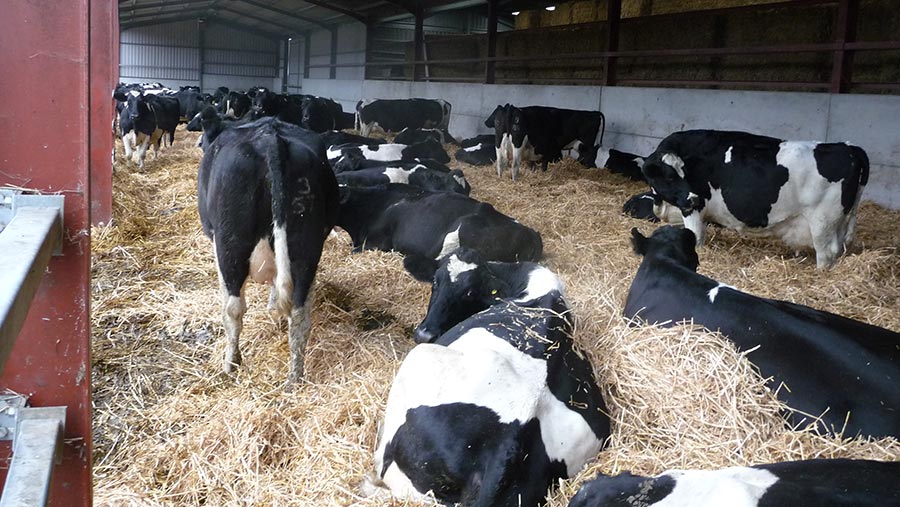 A West Sussex dairy farmer says he is trapped in a vicious cycle of TB testing hell.

Nick Adames, who farms close to Arundel, runs 124 British Friesian cows and about 100 followers on his home farm to the south.

His farm has been shut down to TB since March, when two reactors and three inconclusive reactors (IRs) to the tuberculin skin test were found in his herd.

The two reactors, when slaughtered, showed no visible lesions (NVL) at post-mortem examination and subsequent culture tests were also negative.

The three IRs went clear at the next test in June.

At that stage, Mr Adames thought he might be free to trade his calves again – but he said the Animal and Plant Health Agency (Apha) “had other ideas”.

A second skin test on his herd in September found two reactors and three more IRs.

Similar to the first case, the two reactors, when slaughtered, showed no visible lesions.

Mr Adames has heard nothing from the Apha about results of culture tests to see if the TB bacteria Mycobacterium tuberculosis is present.

He said a government vet told him the Apha were no longer doing culture tests if the post-mortem test showed NVL.

“My big problem is, if Apha is not doing culture tests on tissue from animals taken from us, which show no NVLs on slaughtered reactors, how will we or Apha ever be sure whether we even have TB in the first place?

“Moreover, how will we ever break out of the 60-day testing cycle?”

Last Friday (16 November) a fourth TB testing of his herd found no reactors, but three more IRs. This has since been reduced to two by the tester.

Therefore, in all four 60-day tests since March, all the IRs have come back as “clear” on retests.

Mr Adames said the Apha has never given him an explanation about why there are so many false positives.

“I’m not convinced that we have got TB here,” he added. “I have no faith in the current testing system. It’s been the same since the 1940s.”

Now he is asking Apha vets to carry out gamma interferon blood testing of the IRs to see if they are carrying TB or not.

A clear test, followed by a second clear test in January, would, he hopes, allow him to trade his calves again. 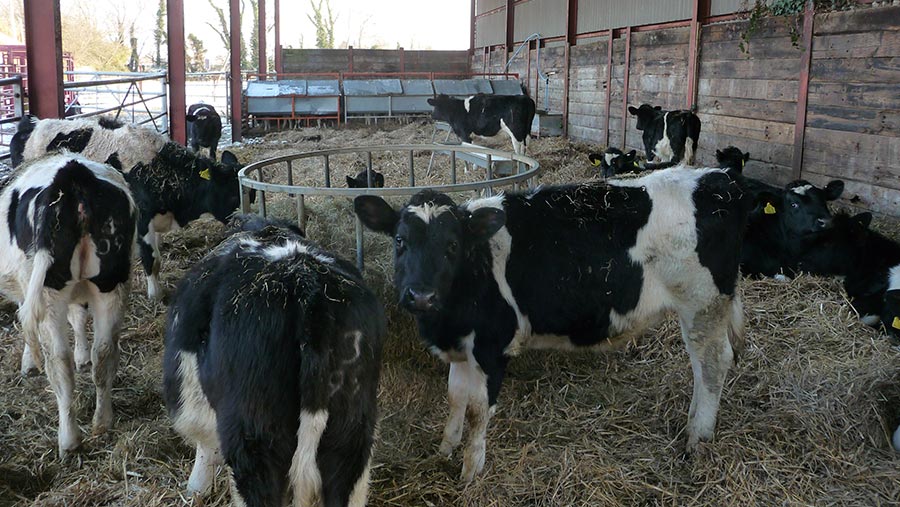 His herd will need to go clear at two 60-day tests before he is able to sell some of his calves, which are expensive to feed – especially following a challenging farming year in which he has had to buy in a lot of straw because of the poor amount of silage. He refuses to kill male calves at birth.

Are you a dairy or beef farmer who is currently locked down with TB and feel there is no way out? If so, we would like to hear from you.

Although he has been running a closed herd for 19 years in a bid to keep out disease, Mr Adames is also concerned about the numbers of beef stores being traded into clean areas from high-risk areas (HRAs), especially from the South West.

“We have to get the government to restrict fatteners bringing potentially dirty West Country animals into this area and affecting our previously clean and closed dairy herds,” he said.

“If they bring them into Sussex, they must be properly tested before. It’s just too risky. Their testing is so unreliable.”

His vet, Maarten Boers, a partner in the Livestock Partnership at Petworth, said: “This all stems from cattle being moved from the HRA into LRAs, such as Sussex and Surrey.

“When a herd in the LRA goes down with TB, it triggers radial testing of all herds within 3km, which is what has happened in Mr Adames’ case. You could call this collateral damage.”

An Apha spokesperson said: “Our strategy to tackle bovine TB includes one of the most rigorous testing and surveillance programmes for the disease in cattle in the world, using the best available tests.

“The skin test currently used for bovine TB has a very high specificity, which means false positives are very rare – estimated at approximately 1 in 6,000 TB-free cattle.

“Absence of visible lesions of TB at post mortem of a skin test reactor does not mean that the animal wasn’t infected.”