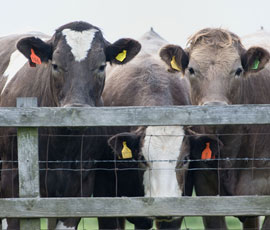 DEFRA has announced a further tightening of cattle movement restrictions and testing procedures in a bid to stop the spread of bovine tuberculosis.

The changes will start on 1 January 2013 and include applying testing intervals on a county-based system rather than on individual parishes. England will be divided into two testing frequency areas.

Annual TB testing of farms will be extended in the South West, East Sussex, and west and central England, to include adjoining areas that are at greatest risk from geographic spread of TB, as well as the existing high-risk areas where most TB cases are found.

The rest of England will be placed on four-yearly testing. Surveillance around TB breakdowns in this area will be enhanced and herds at higher risk of TB infection will continue to be tested annually.

The change could draw hundreds more farms into an annual testing regime, said the NFU.

NFU chief livestock adviser Peter Garbutt said: “While we fully agree with the need to get on top of and eventually eradicate this disease, we recognise that some of these changes are bound to cause consternation to those farming businesses directly affected by them.

“Nevertheless, these changes will simplify the complex patchwork of the parish system, keep our testing regime one step ahead of the disease and ensure that investigation of new TB breakdowns is risk-based. There is an acceptance from farmers outside the high-risk areas that further measures to reduce the spread of the disease are needed.”

There are also new rules about cattle movements: