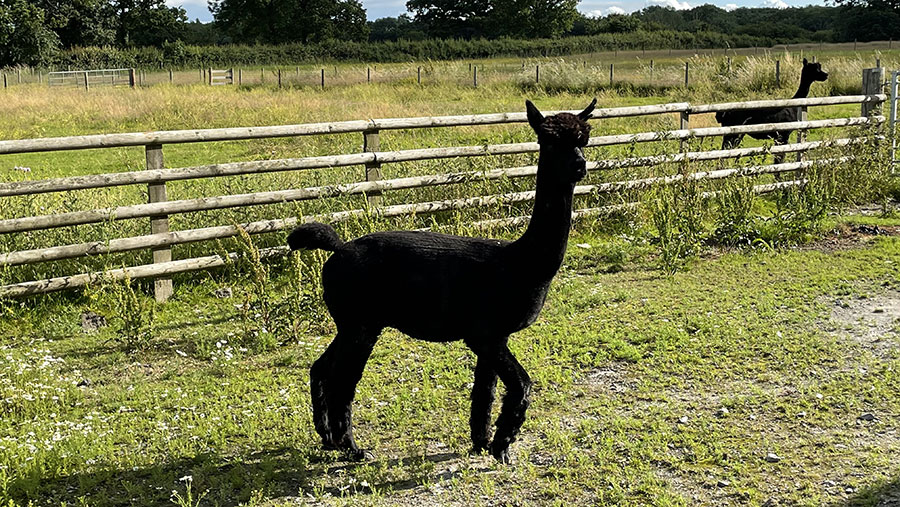 Lawyers representing the owner of Geronimo the alpaca have written to Defra to see if the animal can be spared for research purposes.

They say Defra secretary George Eustice could use powers included in the Animal Health Act 1981 to prevent his destruction and hand him over to the authorities for scientific research into bovine TB in alpacas.

His owner, Helen Macdonald, told Farmers Weekly: “There is a piece of legislation that allows an animal to be isolated for research. We asked George Eustice to do this at the end of 2018 and he flatly refused.

See also: Farmer in bovine TB fight with Defra to save alpaca

“Lawyers have written to Mr Eustice to ask him to reconsider, but we have not heard anything back yet.

“Geronimo has been held in isolation for four years at my farm, so he could stay here. He’s no risk to anybody because of our biosecurity.

“There are no cows around here and everything is fully badger-fenced. There is no wildlife risk and they have been happy with that for four years. There is no reason why they have to shoot him.”

“Alternatively, this could mean Geronimo having to move to an institute such as the University of Liverpool for research. It’s not what I want, but it would be better than killing him.”

Geronimo has been kept in isolation at Ms Macdonald’s farm in Wickwar, south Gloucestershire, since he was imported from New Zealand in 2017.

Soon after he arrived in the country, the alpaca from Taumarunui – now aged eight – was given voluntary Enferplex (blood) surveillance testing as part of best practice promoted by the camelid industry.

He twice tested positive for the disease, but Ms Macdonald insists the results are “false positives” because Geronimo had been “primed” with bovine tuberculin before being tested, which Defra says can improve the sensitivity of the blood test.

Ms Macdonald lost a £50,000 legal battle with Defra last week and the government has been granted an execution to euthanise the alpaca within 30 days from 5 August. She plans to fit a live TV camera to Geronimo’s pen to film government officials.

It said the “unique circumstances” in the alpaca’s case had clearly shown the testing system “is not working as well as it should”, and that Defra “do not appear to want to learn from what is going on”.

BAS highlighted concerns to Defra about the potential adverse effects of multiple priming before an Enferplex test in alpacas in 2016 and again specifically in Geronimo’s case in March 2018. To date no evidence has been produced to explain the effects of this practice on test results.

Duncan Pullar, BAS chief executive, said: “Defra will not allow further testing on Geronimo. There is no science to explain the effects of multiple priming on the outcomes of the Enferplex test in alpacas and no research has been carried out.

“Four years on from the tests Geronimo is healthy, as are the alpacas that have been sharing his paddock, and indeed the alpacas that travelled from New Zealand with Geronimo on the same or contiguous crates.”

Defra has confirmed receipt of the letter, but has not commented on its contents.

The UK’s chief vet, Christine Middlemiss, said: “While I sympathise with Ms Macdonald’s situation, we need to follow the scientific evidence and cull animals that have tested positive for TB, to minimise spread of this insidious disease, and ultimately to eradicate the biggest threat to animal health in this country.

“The tests used on Geronimo were developed for use on alpacas and are highly specific – the chances of a false positive are significantly less than 1% and we have tested him twice.

“Not just for the benefit of our farming industry, but to avoid more TB cases in humans, our disease control measures must be applied.”