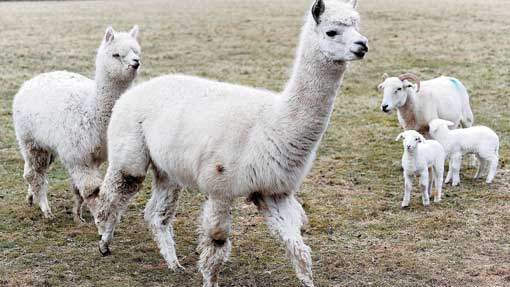 DEFRA has launched a consultation over plans to introduce a statutory TB compensation payment scheme for camelids at £750 per animal.

At present, in England camelids are not covered by the compensation scheme for cattle.

But DEFRA can approve an ex gratia payment of £750 per head for animals removed for bovine TB control purposes.

The proposal to introduce a statutory compensation scheme for camelids – in particular alpacas and llamas – would replace the present non-statutory TB payment where keepers agree to hand over reactors for slaughter in return for government TB testing their animals.

Under the proposal, compensation to camelid keepers for the slaughter of TB-infected animals would be kept at the same fixed rate paid under the non-stutory arrangement – £750 per animal.

Read also: Farmer tells story of how she caught TB from alpaca

DEFRA says the one-month consultation , launched on Wednesday (9 April), is also an opportunity to consult widely on proposals for improved testing of camelids in TB breakdowns.

According to DEFRA, the tuberculin skin test used on cattle to detect TB is not as effective when used on camelids.

Research has shown that the tuberculin skin test used on camelids is only moderately successful in detecting animals infected with the bovine TB bacterium M.bovis. Anecdotally, some vets say sensitivity is less than 5%.

But detection of the bacterium can increase dramatically – up by 80% – using a combination of two antibody (blood) tests in parallel interpretation.

Therefore DEFRA is proposing to introduce administrative charges in the testing regime of TB-infected camelid herds and other at-risk herds to reflect this situation.

The majority of the costs of testing are currently paid by AHVLA including vet fees, transport of samples and culture

According to the British llama Association and British Alpaca Society, it is estimated there are between 28,000 and 34,000 camelids in England, one-third of which are kept by 250-300 commercial businesses. This suggests an average business herd size of 37.

These businesses are mainly breeders plus fleece producers, meat producers, and trekking establishments.

More usually associated with badgers and cattle, DEFRA statistics show that about 65 camelid businesses were affected by TB in England in 2012.

On average nine new breakdowns confirmed by culture in England per year. Per breakdown, around eight animals are slaughtered with 74 slaughtered in total per year on average. This has led to £55,500 paid in compensation per year.