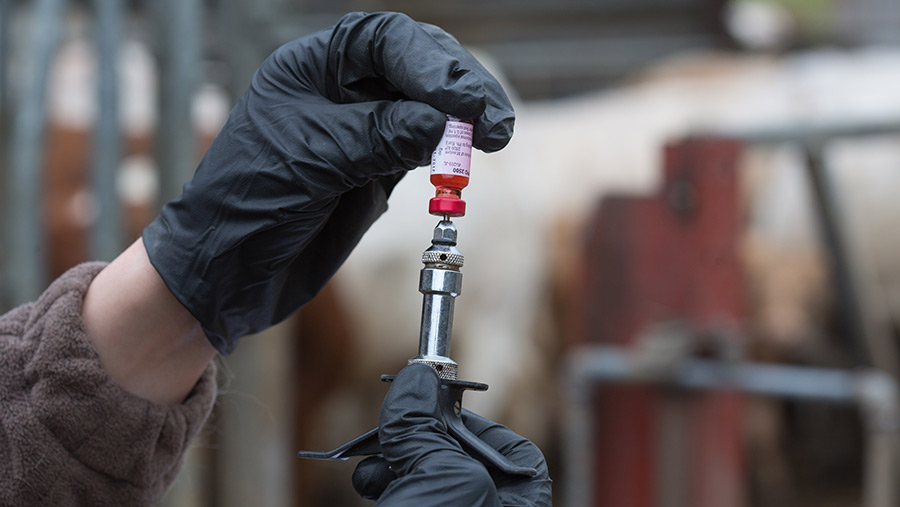 A huge reservoir of undetected bovine TB infection could be residing in herds in the High Risk Area (HRA) in England as a result of shortcomings in the current testing regime.

Official data obtained from Defra, following a parliamentary question from shadow farm minister David Drew, shows that some 5,000 additional infected cattle were identified after interferon gamma (blood) testing was rolled out in the HRA last year.

These 5,000 cattle were missed by the routine tuberculin skin test but identified when 249 confirmed breakdowns in the HRA were given supplementary gamma testing.

The gamma test is compulsory for every new TB breakdown herd with lesion- and/or culture-positive animals in the low-risk and Edge Area of England and Wales, as well as Scotland.

Since April 2017, however, Defra has been increasing the use of the gamma blood test alongside the skin test in the HRA to maximise detection of TB-infected animals in cattle herds affected by TB breakdowns.

The Animal Welfare Group (AWG), a small coalition of vets and scientists, has analysed the figures.

“We have known for some time that the skin test is missing many infected cattle, but even we were staggered by the sheer scale of hidden infection lying undetected in these herds,” said Jan Bayley, a co-ordinator of AWG.

“These figures show that we have a massive problem on our hands if we are to clear infected cattle from herds, and it is difficult to see how the industry could cope with the loss of so much livestock if these infected cattle are all to be removed.

“But if they are left in the herds then there will be even more breakdowns for that herd in the future, or they will spread disease further if sold on or moved.”

AWG said the problem was not confined to the HRA, as data published recently confirmed that counties in the Edge Area were equally demonstrating large numbers of additional infected cattle being identified through gamma testing.

The group said: “These figures also call into question whether breakdown herds should be declared officially TB free when they have only been subject to skin testing, as without supplementary gamma testing it is clear that many infected cattle are being left in these herds when OTF status is regained and movement restrictions lifted.”

Defra has previously acknowledged the scale of infection being missed by the current testing regime, stating in August 2016: “This substantial probability of ‘residual’ herd infection contributes to the high rate of recurrence seen in the HRA, where nearly 60% of TB breakdowns occur in herds that have sustained a breakdown in the previous three years.”

A Defra spokesperson said: “We are pursuing a range of interventions to eradicate this disease by 2038, and these efforts are underpinned by a robust testing regime which always uses the best available to science to ensure its effectiveness.”

Defra is expected to publish its response later in November to the independent Godfray review into its 25-year bovine TB eradication strategy. The Godfray review urged the government to accelerate the development of more effective tests to detect TB in cattle.