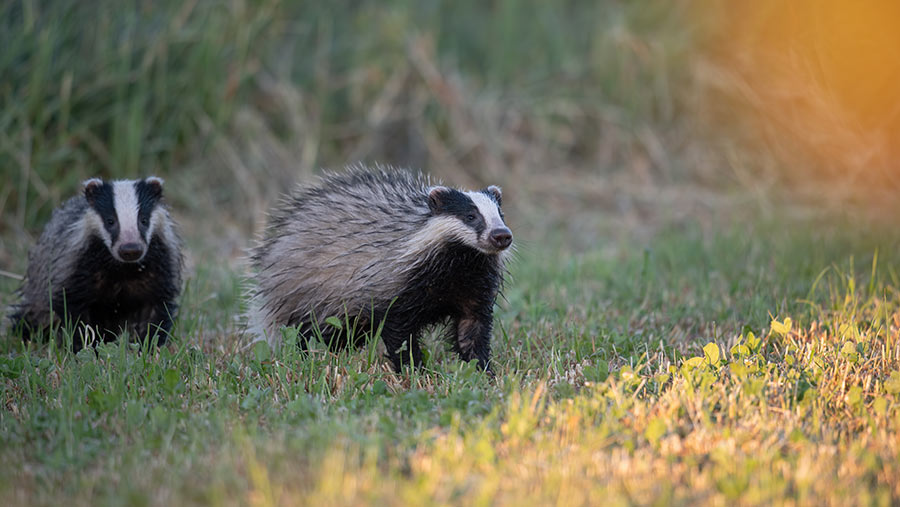 Defra scientists have issued a rebuttal of a study which claims the licensed culling of badgers in England has been ineffective in reducing bovine TB.

Research published in the Vet Record journal on Friday 18 March by scientists who oppose the cull claims the policy has “cost a fortune and saved nothing”.

Since 2013, more than 140,000 badgers have been removed by trained marksmen using a combination of free shooting and trapping and shooting.

The peer-reviewed study was co-authored by ecologist Thomas Langton and vets Mark Jones, also head of policy at the Born Free Foundation, and Iain McGill. All three are longstanding opponents of badger culling.

The paper uses a variety of statistical approaches to analyse publicly available data of change in the disease from within and outside badger culling areas in the high-risk area of England, along with a comparison of the change in incidence levels in 10 county areas across 2010-2020.

The study looks at the role of badger culling in reducing bovine TB in cattle and suggests that a decline in incidence and prevalence could be linked to the introduction of cattle-based disease control measures in that same time period.

However, the paper acknowledges the limitations of the data used for this analysis.

The letter states that there are “significant methodological flaws” in the analysis by Langton and colleagues. Specifically, they “combine data for areas where culling commenced that year with areas with a longer history of culling”.

Defra says its own analysis of publicly available data shows clear declining trends in disease following the start of culling which is not seen in unculled areas from cull year two onwards.

A Defra spokesperson said: “This paper has been produced to fit a clear campaign agenda and manipulates data in a way that makes it impossible to see the actual effects of badger culling on reducing TB rates. It is disappointing to see it published in a scientific journal.”

Before Defra published its response to the report, Ben Goldsmith, a non-executive board member of Defra, tweeted: “Turns out the (wildly expensive) cull (140,000 badger killed so far) has been as ineffective in reducing bovine TB as the lockdowns were in reducing Covid.

“Healthy, happy cows are less likely to catch TB. Let’s turn our attention to that.”

But Mr Goldsmith later deleted this tweet after farmer Joe Stanley pointed out to him that his own department had “debunked the flawed analysis”.

The Vet Record is the editorially independent journal of the British Veterinary Association (BVA). Responding to the study, the BVA said the views expressed in the paper by Langton and colleagues “may not necessarily comply with BVA policy”.

The BVA says it supports a comprehensive policy to tackle bovine TB, including cattle controls, good biosecurity and the humane use of badger culling “where evidence supports this strategy”.

BVA vice-president James Russell said: “As the paper clearly acknowledges, there are limitations to the data used by the authors. We are also aware that Defra’s analysis of the research offers a different perspective.

“We will be reviewing the new research in order to draw our own conclusions on the robustness of the analysis and any implications for our policy.”

Mr Langton said he was “shocked and surprised” by the manner of Defra’s response to the study, adding that he “looked forward to responding to some of their claims in due course”.

Commenting on the study, Rowland Kao, a TB specialist from the University Edinburgh, said: “The bulk of the analysis compares primarily recently culled areas to unculled.

“As the effect of culling in TB is slow, this means it’s not surprising no effect was seen. It does not mean there is no evidence that culling has an effect,” Prof  Kao said.