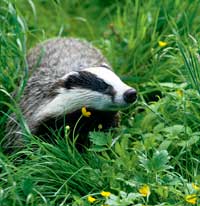 The Public Accounts Committee (PAC) said DEFRA had “dragged its feet” over biosecurity and stronger measures might help limit the impact of the disease.

In its report on the health of livestock and honeybees in England, published on Tuesday, the committee said DEFRA spent £80m tacking bovine TB in 2008.

However, it said the department could do more to help limit and cut the cost of tackling the disease.

“Bovine tuberculosis has a major foothold in England and Wales, particularly in the south west,” the report said.

“The department is not enforcing the cattle testing regime rigorously.”

The committee said that role of TB in wildlife was “unquantifiable”; more rigorous biosecurity measures might help limit the disease’s impact.

“The department has made little progress in setting out recognised standards for biosecurity and in sharing the costs of tackling disease with those farmers who do not maintain proper farm biosecurity or who fail to practise good animal husbandry.

“This is despite recommendations arising from our examination of the department’s handling of the foot-and-mouth disease outbreak of 2001.

“Working more openly and effectively with farmers and local veterinarians, for example, by sharing farm level risk assessments, might help to limit incidence of notifiable disease.”

“The truth is that the department is not enforcing the cattle testing regime rigorously,” he said.

“DEFRA has not helped by dragging its feet on agreeing with the farming industry what the minimum standards of biosecurity should be,” he added.