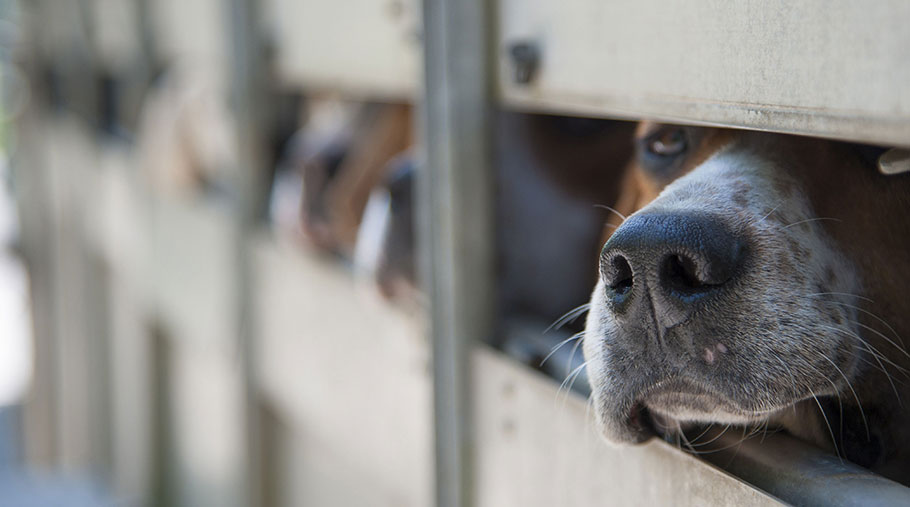 Farmers and huntsmen have played down fears packs of hounds could be contributing to the spread of bovine TB, following the publication of a study into an outbreak of the disease in kennels in Buckinghamshire.

The incident occurred in the first half of 2017 at Kimblewick kennels, when more than half the animals in a pack of 180 foxhounds tested positive for a strain of bovine TB, while one in 10 was clinically sick.

A full investigation has recently been published by the University of Edinburgh, which confirmed the infection in 85 of the 164 hounds tested.

The researcher drew few conclusions about how the pack became infected with Mycobacterium bovis – the likelihood of feeding infected material from fallen stock was deemed “low” – but noted hound-to-hound transmission was “high”.

This was exacerbated by the higher-than-recommended stocking rate and the poor condition of the kennels.

The report concluded “though the risk posed by M bovis-infected hounds to other hounds, cattle herds, local wildlife and their human keepers is low, this outbreak demonstrates the risk is plausible and real”.

The study has been leapt upon by the League Against Cruel Sports, which said it “confirmed that hunts are a major biosecurity risk”.

“If farmers are concerned about disease on their farms, then they need to take a close look at any hunts in their area.”

But this was dismissed by the NFU. “We understand that Defra guidance is there is no evidence to suggest hunting with dogs contributes to the spread of bTB in cattle, but farmers should ensure hunt organisers put appropriate measures in place to protect from any disease risk.”

A spokesman for the Master of Foxhounds Association insisted hunt kennels are subject to a rigorous regime of inspection and spot checks.

“The standards for hunt kennels were developed and are overseen by vets with a specialist understanding of the needs of working dogs kept in packs. All kennels that feed fallen stock are also subject to inspection by Defra.”

Defra confirmed TB in dogs caused by M bovis is extremely rare. “There is no evidence to suggest dogs play a significant role in the persistence of bovine TB in England or that hunting with dogs contributes to the spread of the disease in cattle.”

Since the Kimblewick incident, the feeding of offal to packs of hounds has been banned in England.