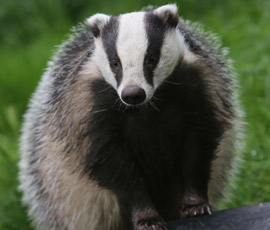 A government agency is advertising for field workers to cover a shortfall of staff involved in the badger cull, it has emerged.

Ideal candidates will have “knowledge of the countryside” and wildlife identification skills “would be an advantage”.

The job advert, published on the AHVLA’s website, says field workers will need to be immunised against TB and be available to work until 31 August. The deadline for applications is 6 June.

Jay Tiernan from Stop the Cull told Channel 4 News: “It’s our understanding this recruitment across the south-west of England is being done because they need a large number of people to cage trap – it’s a massive logistical operation.”

But a spokesman for the AHVLA insisted that those recruited would not be involved directly in the badger cull.

“We are using a lot of our in-house team to manage the activity related to the badger cull and that will leave routine work still to be done,” he said.

“Recruits will be picking up projects that people are starting and carrying on. No one recruited through these ads will be used with anything to do with the cull.

“These are not people who are going to be kitted-up and sent out [to the cull].”

In total, about 5,000 badgers will be culled using a combination of free shooting and cage trapping and shooting. If they are successful, they will be rolled out more widely.

But a DEFRA spokesman said although the open season for shooting badgers opens on 1 June, it did not mean the culls were imminent.

“The culls are due to go-ahead this summer, but the final decision over when to go will be taken by the contractors and farmers on the ground,” he added.

OPINION: Why I still can’t back the badger cull