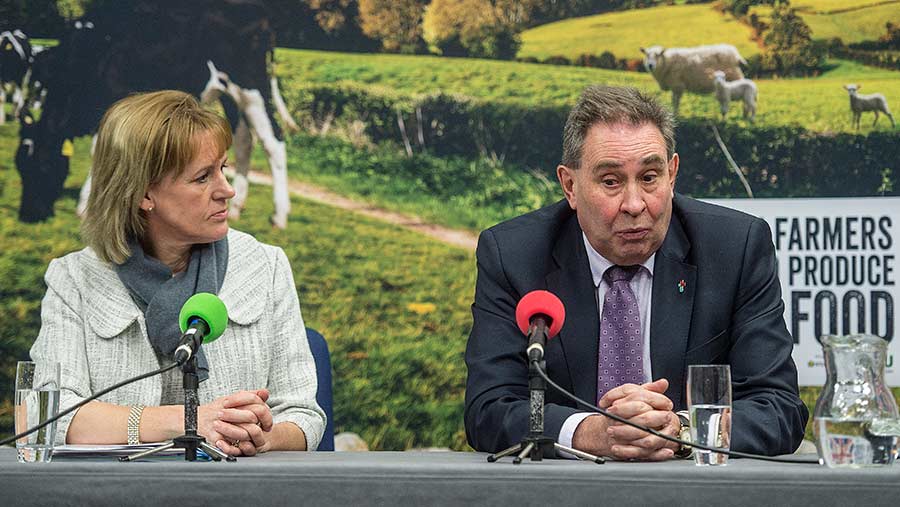 A Labour minister has questioned the government’s strategy to eradicate bovine TB and called for “conclusive evidence” that the badger cull is working.

Though admitting he takes his evidence from people opposed to the badger cull, he rejected the 2017 Brunton et al report which analysed the first two years of culling in Gloucestershire and Somerset and showed a significant reduction in disease levels.

Mr Drew referred to it as “just one report, not independently adjudicated”. He also called for an alternative to the “inaccurate” skin test.

He said: “There has to be an end to this, which is why we are looking at a vaccination strategy. You give me one independent scientist who is currently in favour of the government plan. If it’s working let it be proved. We will see this as an ongoing disagreement.”

Minette Batters, NFU deputy president, called TB a “horrific disease that destroys lives”. She said: “The science behind this and behind what every single farmer has done is there to see.

“This is a horrific disease that destroys lives and it’s very complex. The skin test is the only way other countries have eradicated it; it’s the only one that has worked.”

Mr Drew said the critical shortage of farm labour had led to the “national disgrace” of fruit being ploughed back into the ground.

He vowed Labour would reintroduce a seasonal agricultural workers scheme (SAWS), with workers coming from outside the European Union post-Brexit.

He added: “It’s about the quality of labour and making sure it is properly invested in.”

“Labour will oppose any trade deal that threatens the existing standards,” he said. “We are the envy of the world for our standards and we must not allow the UK to be swamped by cheap imports.

“Not only do we need to decide who to trade with, we need to work out who we will not trade with because the conditions are not right. We’ve got so much at stake.”

Mr Drew said though they were not against farms of scale, support would go to smaller farms and tenant farmers over larger businesses.

He explained: “We need to give farmers security. I’m looking to change the balance towards smaller farms. They will go out of business without our support.”