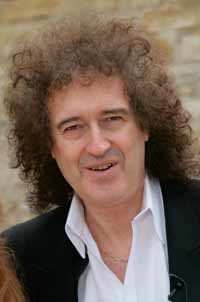 Queen guitarist Brian May has stepped up his campaign to stave off a badger cull in Wales.

The aging rocker was flown into NFU Cymru vice president Stephen James’s farm near Narbeth for a televised debate on the best way to tackle bovine tuberculosis.

The Gelli Olau Farm which is under movement restriction has been hit hard by TB over the past two decades and the union president said he backed the Welsh Assembly Government’s TB eradication programme which included a trial cull.

But, sitting across the farmhouse kitchen table, Mr May criticised the assembly government’s stance.

He argued that Westminster’s plan to vaccinate badgers represented a longer-term solution and was more cost effective than killing badgers.

“Vaccination is proven to be better at controlling the disease than culling?”‘ Mr May said.

“Why would you want to kill badgers?”

He insisted the cull route would only work if every badger in the UK was destroyed.

But Mr James rejected vaccination as a single policy.

“Vaccinating badgers will not cure animals already infected. There is no one silver bullet solution, even if vaccination works. We have got to control numbers,” he said.

The debate will be televised on ITV’s Wales This Week programme on Thursday 8 April.