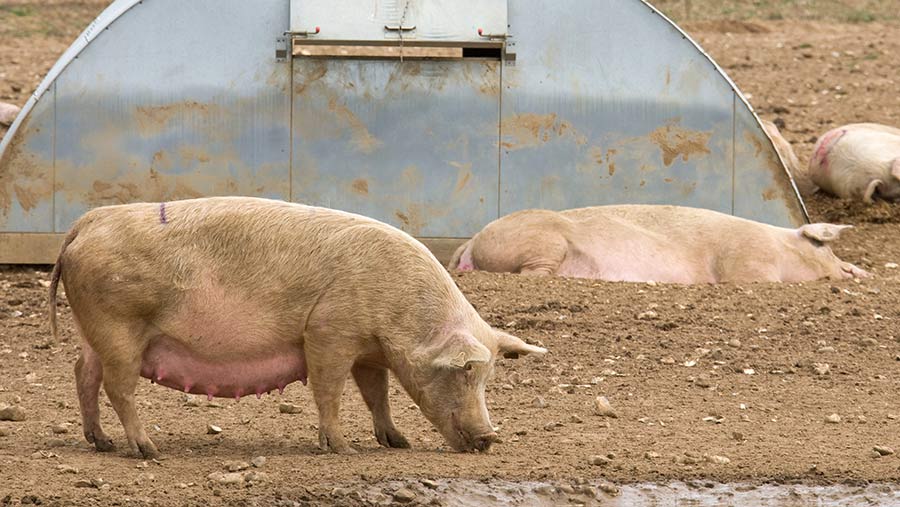 According to Defra statistics, there were 38 pig premises under TB restriction in 2018, with 122 pigs tested for the disease.

Although this is low compared to TB in cattle, for those pig farmers affected it causes considerable financial upset and heartache.

Here we cover the rules governing TB in pigs, compensation payments for affected herds and ask vets how to cope with the disease.

Pigs rarely show any clinical signs of TB and usually the infection is only recognised at slaughter, when all animals are assessed under UK legislation in routine post-mortem inspections.

There is no routine TB test for live pigs – they are usually only tested after an infection has been confirmed, although testing can be requested by the owner.

The tuberculin skin test is used, as it is for cattle, but as it is not designed for pigs it may lack sensitivity. There are signs producers can look out for.

Symptoms of TB include:

Veterinary advice should be sought if symptoms occur.

Infection is thought to be transmitted orally, either through contact with wildlife, ingestion of untreated milk or consumption of feed contaminated by wildlife.

TB is not easily spread through pigs because it is latent in the animal’s lymph nodes until more advanced lung disease occurs, especially in commercial situations due to their shorter lifespan.

Those that keep pigs to an older age could increase the risk of infection spreading.

What happens if you get a breakdown?

The Animal and Plant Health Agency (Apha) has powers to remove and slaughter any livestock that test positive for TB.

Currently there are no statutory surveillance or control programmes in place for pigs, and herd testing is done on a voluntary basis.

If a pig herd has a high prevalence of TB, the owner may decide to depopulate the herd – this is usually achieved by culling breeding stock and finishing the rearing pigs on another unit.

Following this, and essential biosecurity measures being taken, the herd can be repopulated. However, this may be financially impractical for some.

Movement restrictions and options for trading

Producers must restrict livestock movements until Apha is sure the herd is clear of TB following two negative 60-day tests.

All movements from a TB-restricted farm must be to a secure finishing unit or to slaughter. This can only take place once a preliminary biosecurity assessment has been carried out, and an Apha vet has deemed the risk of the disease spreading to be very low.

Farmers can get statutory payments from Defra for each animal removed if they test positive for TB.

Compared to cattle, bovine TB in pigs is a relatively small issue but, for the small numbers of pig herds that do become affected, it can be a big problem.

There are several practices farmers can introduce to help prevent infection.

“Try to keep wildlife like badgers away from pigs and their food stores – as infection can be established by direct or indirect contact,” says Richard Pearson, director at the George Veterinary Group in Wiltshire.

“I don’t recall any pig bovine TB cases where there has been significant evidence of cattle contact as the source of infection; most pig farms do not have cattle.”

The disease is more prevalent in the South and West of the country – reflecting TB pressure in the local environment – but pig cases are still extremely rare, with around 20 to 30 individual cases per year.

Managing TB in outdoor herds can be challenging, he adds.

“Over 40% of UK sows are farmed outside and it can be hard to keep badgers out.”

However, new feeding systems are beneficial. Most farmers have switched from broadcast spinning to long troughs or farrow feeders, resulting in less wastage and food on the pasture which attracts wildlife.

But there is a need for clarity over how pig producers can tackle the disease, says Mr Pearson.

“There is a pressing need for TB exit strategies as currently it is very difficult, expensive and protracted to resolve problems once a herd is under restriction.

“With diseases like bovine TB that can affect multiple species the current drive towards a more holistic approach at a farm and regional level must be good news.

“Current work by Apha to develop alternative testing strategies for pigs is also to be welcomed.”

The Lugg family have been battling TB restrictions in their traditional Large Black herd for nearly 10 years.

“In 2010 we sent a sow to slaughter with some finished pigs. We never considered TB would be an issue until a few days later,” explains Mrs Lugg.

“We were given the option of having all the pigs slaughtered or having them tested. I refused both and we reached an impasse – it’s been that way ever since.” 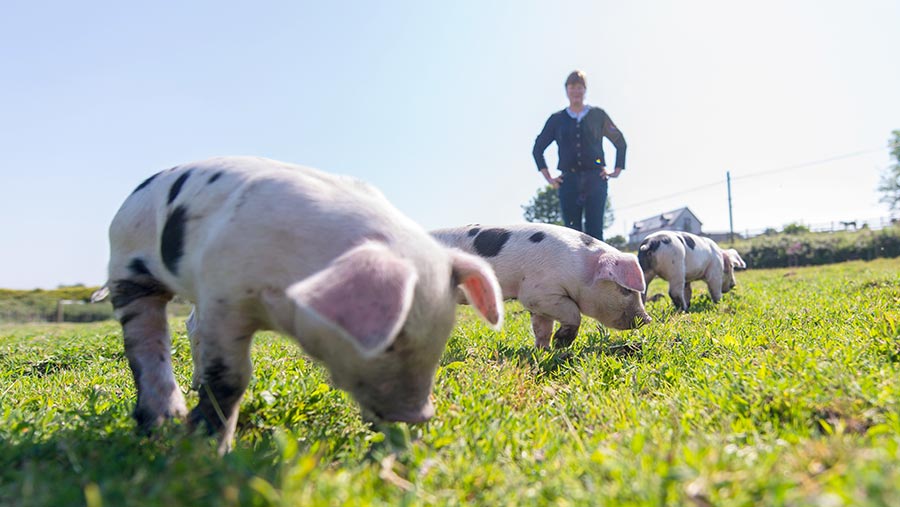 Although Apha said the herd could go clear following two negative 60-day tests, Mrs Lugg felt it would be very stressful for their free-range pigs as they are not easy to handle. She also worried it would affect pregnant sows.

The family have campaigned alongside their MP George Eustice and their vet to have the restrictions lifted, since it is nearly 10 years since their first and only case of TB.

“We have never had another case and we have sent 4,500 pigs to the slaughterhouse since – all of the pigs we had in 2010 are gone,” says Mrs Lugg.

“Our Apha vet even offered to conduct a post-mortem on the cull sows and boars, but Animal Health still said no.”

The restrictions mean the Luggs cannot buy or sell any adults for breeding.

“We have one of the rarest lines and it’s of no benefit to the breed. It upsets me that we can’t sell our pigs – I cried when I saw the first litter after going down with TB.”

However, they have adapted their business to survive, selling all their meat direct to the customer. But the emotional impacts are considerable.

“We used to show at the Royal Cornwall Show. Showing was part of our children’s childhood and we made lifelong friendships through it – it was all shattered.”