Simple, inexpensive steps can cut TB risks by limiting cow and badger transmission. Sometimes, another pair of eyes is required to identify risks you may not notice.

We speak to two farmers who have benefitted from visits from TB advisory service trained vets to tackle bovine TB. 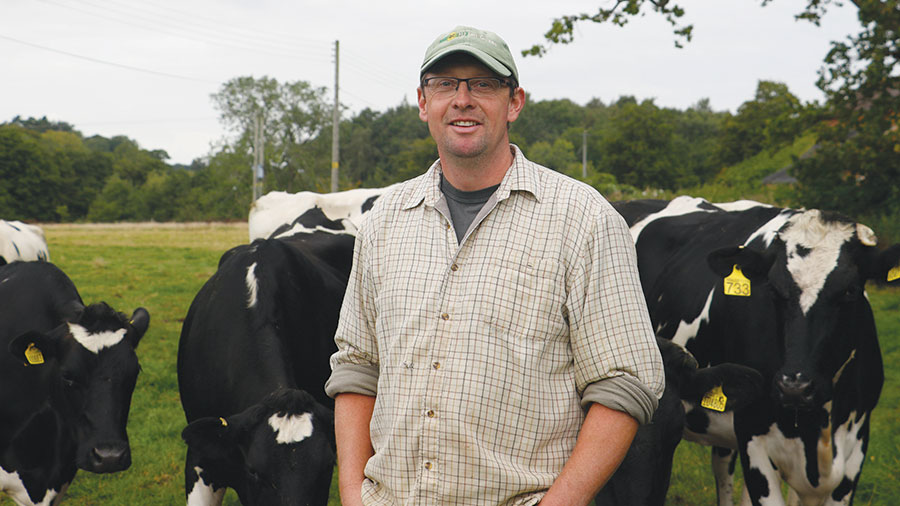 Jon Barber is only too familiar with the devastating effects a TB breakdown can have on cashflow.

Mr Barber, who milks 400 autumn-calving cows near Market Drayton, Shropshire, suffered a 12-month breakdown three months after he took on the unit in November 2015. Since then, the herd has been down two more times.

Concerned about the effect this was having on calf values, he is now taking steps to reduce TB transmission by limiting cow and badger contact.

When the farm was under TB restriction, he was forced to send many calves direct to slaughter, and only received £25 a head, whereas he would usually earn £80-£90.

“I didn’t sign up to dairying for that. I would prefer to find an outlet for them, but when you have TB, your hands are tied,” he explains.

Rose Willis, a vet with Tern Vets, Market Drayton, and a certified TB Advisory Service (TBAS) auditor, offered Mr Barber a three-hour consultation on farm to assess what measures he could implement to reduce the risk of TB.

The visit was completely free, as the TBAS is funded by Defra and the EU through the Rural Development Programme for England.

We visited the farm to find out what main actions he is taking.

Traditionally, grass was ensiled in a concrete clamp and maize in the earth-bank clamp.

However, the visit detected badgers were clambering up the earth bank to eat maize. 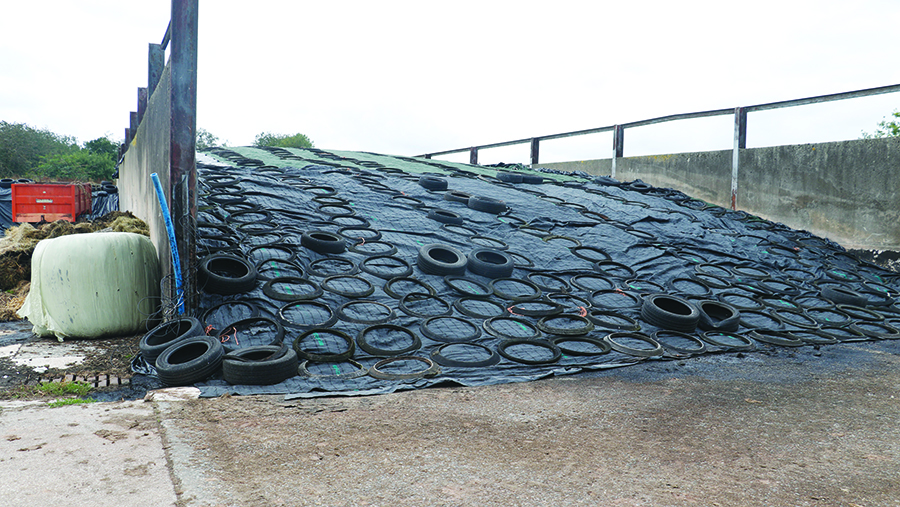 Maize will be put into a concrete clamp © MAG/Rhian Price

This year, grass has been ensiled in the earth bank clamp and maize will be put into the concrete clamp so badgers cannot gain access. 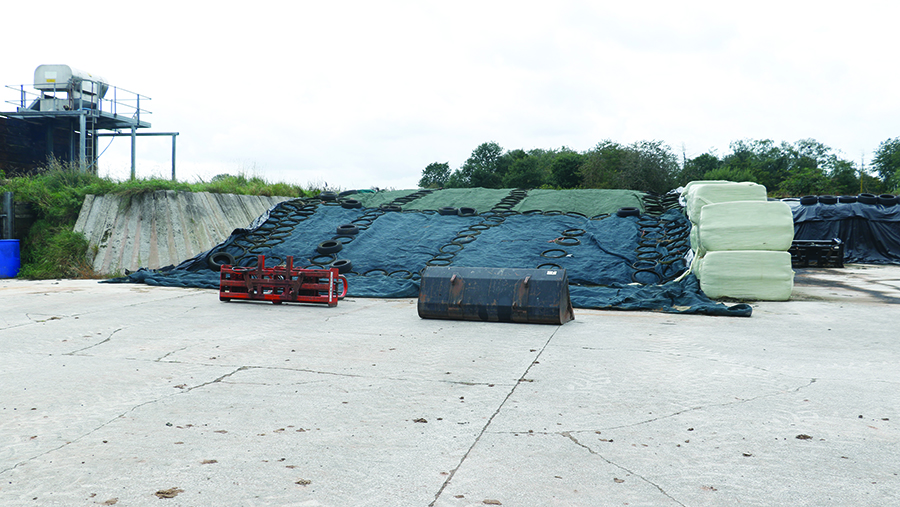 Cattle used to have access to two watercourses while grazing. This posed the risk of not only transmitting TB, but other infectious diseases such as neospora and leptospirosis.

To alleviate the disease challenge, these have been fenced off with semi-permanent electric fencing.

Dry cow rolls were fed in the field, but this posed a greater risk of attracting badgers.

Instead, Mr Barber has installed some unused concrete troughs and created a loafing area, with cows now walked inside for feed.

This has also created more room for cows at housing. 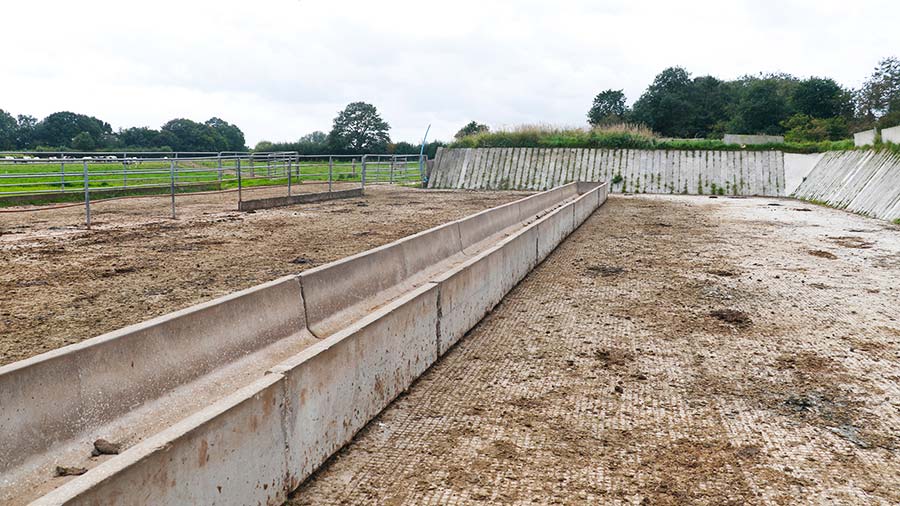 Once cows are housed, Mr Barber plans to fence around the perimeter of the dairy buildings and clamps with double stranded-wire to prevent wildlife access.

All of the changes have required no extra capital, just a few hours’ labour.

Although it’s too early to know if the changes have worked, Mr Barber thinks the visit has been worthwhile.

“It’s another tool in the toolbox. It’s hard work firefighting TB. It is better to prevent it. A few simple changes can be quite effective.

“Eradication of TB is not going to happen overnight, and we all need to do our bit.”

Luckily, the herd had a clear test in August, just in time for autumn calving. Calves will be sent to market or to Buitelaar to reach their full value.

“It’s a massive relief because we need to find an outlet for dairy bulls. If you put them under TB restriction the outlets diminish pretty rapidly. They add value to the business.”

Mr Barber is also increasing the amount of sexed semen he is using to reduce the number of bull calves, having been given increased confidence after achieving a 50% conception rate on heifers at first service this season. 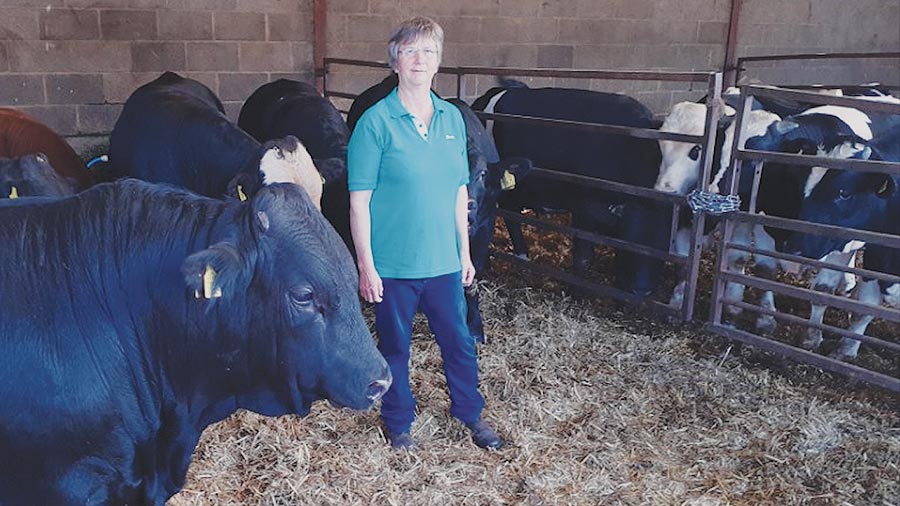 Careful cattle-sourcing policies and double fencing are helping a Yorkshire mixed farm through the stress of being in a radial bovine TB testing area.

The Dunns of North Carlton Farm, York, will have gone through seven tests in six years by the time their next radial test takes place in December.

Despite never having had a reactor themselves and not having badgers on the farm, the Dunns must go through three clear tests before becoming TB free and go back to four-yearly testing.

This is because nearby farms have bought in cattle. Initially, it was an animal from a high-risk area that tested positive in an abattoir, says Rosey Dunn.

To become clear, the farm and all other farms in the radial must go clear three times – once within 60 days of the initial “index” reactor, six months later and then 12 months after the second test.

Suckler cows remember being tested and can be difficult to work through the crush, while daily liveweight gains of bulls are severely reduced by the stress and hassle of testing.

“People like me who are caught up in radial testing are becoming fed up,” says Mrs Dunn. “We have been testing on and off for six years because of someone else’s buying decisions.”

“You can vaccinate against pneumonia and tag and test and sign up to BVD Free England but you can’t control your neighbour’s buying policy. I just want people to understand the consequences of their actions.”

The Dunns buy in replacement heifers, stock bulls and some dairy-beef animals to finish.

The Dunns have had a strict approach to buying cattle, which has become more refined since attending a TBAS meeting organised by the NFU.

How the Dunns source cattle

1. Only buy from low-risk TB1 areas

With Yorkshire mostly classed as a low-risk area, the Dunns tend to source females locally and bulls from further north.

All source farms are checked for breakdowns on ibtb.co.uk, which is an online bTB mapping service.

Hotspot regions can be identified by colour coding and individual breakdowns can also be identified at specific farms. This can be cross-referenced against a postcode in a catalogue to gauge risk.

2. History of cattle checked on passports

Ear tag numbers of cattle are checked against the number of the vendor’s holding. If the numbers don’t match, Mrs Dunn will double-check that an animal from a low-risk area has spent its entire life there and never been on a farm with a bTB breakdown or in a high-risk area.

The Dunns look at the first two digits on the ear tag, which denote regions.

A 100m stretch of double fencing has eradicated nose-to-nose contact on the Dunns’ main livestock boundary. An inner fence was erected to leave a 3m gap between a neighbouring stock farm.

All incoming animals are isolated for a minimum of three weeks.