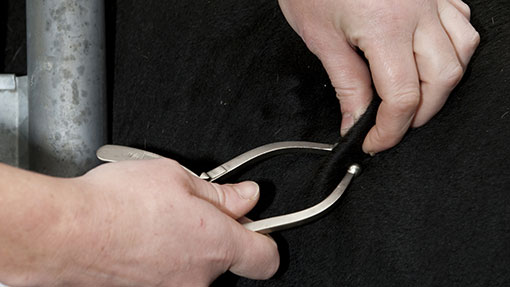 Government vets are investigating a rare outbreak of bovine TB on a dairy farm on the Cumbria/Lancashire border.

The herd, located on a farm in north Lancashire, near Kirkby Lonsdale, recently tested positive during a routine six-monthly testing programme.

TB reactors have been removed from the farm and slaughtered, but not the whole herd.

The Animal Health and Veterinary Laboratories Agency (AHVLA) said it was investigating the source of the infection, which has not been identified.

A local report in the News & Star said 139 animals had reacted to skin tests and tested positive for TB on the farm.

But an AHVLA spokesman said it could not confirm the number of cows that had tested positive and investigations were ongoing.

The spokesman confirmed: “There has been a TB outbreak in a herd in north Lancashire, just south of Kirkby Lonsdale.

“We have a surveillance zone set up and testing is under way. Investigations are ongoing. The herd has been placed under movement restrictions.

“We do get small numbers of TB breakdowns in Cumbria and Lancashire. But both counties remain ‘low-risk’ areas for TB.”

Cheshire, by comparison, recorded 81 bovine TB cases in 2013 and has had 26 to date this year.

Keep up with the latest news on bovine TB and the badger cull .