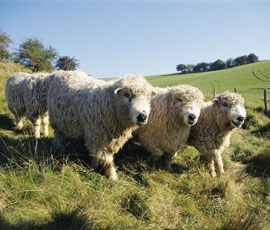 The Tenant Farmers Association (TFA) has called on the government for haste in key decisions affecting the livestock sector, including the control of bovine TB.

Speaking prior to Beef Expo 2011, TFA national vice-chairman Stephen Wyrill said: “Livestock farmers have suffered greatly over recent years from the ravages of disease in their herds and flocks, over-regulation and low prices.

“For tenant livestock farmers, who do not own the land they farm and rely for a significant amount of their net worth upon the value of their livestock, the past few years have been particularly difficult. However, we are on the threshold of some major government decisions which could turn things around.”

On the issue of bovine TB, Mr Wyrill said: “For too long we have allowed this disease to rampage out of control causing immense suffering and hardship to many, and by using only cattle to cattle control measures, without being able to control TB infected wildlife, we have been effectively fighting a losing battle with one arm behind our back.”

He said, despite advances in TB control in Wales, English farmers were “still waiting for it to get off first base”. “Effective wildlife control will take some time to take effect and the longer we delay the more difficult finding solutions will be.”

Mr Wyrill praised the conclusions of Richard McDonald’s Better Regulation Task Force, in particular recommendations for improving the way livestock movements are regulated, but said it was time for implementation.

He also called on the Food Standards Agency to reverse its decision for an annual charge of £25m on the farming industry.

“The government has said that it will introduce a statutory adjudicator to oversee the Grocery Supply Chain Code Practice but has delayed its implementation,” added Mr Wyrill. “Again with the argument won, we do not understand why we cannot now move to implementing what is needed to ensure that primary producers receive fair returns and fair treatment from processors and big retailers.”