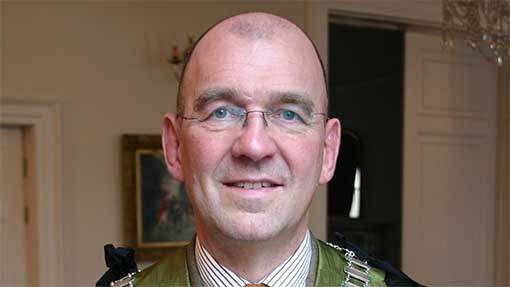 The British Veterinary Association says it will not be supporting the Badger Trust’s latest High Court bid to halt the badger cull.

BVA president Robin Hargreaves (pictured) has written to the Badger Trust to clarify its position on the pilot culls in England, stating that it will not support the trust’s application for a judicial review.

The Badger Trust announced on Tuesday (20 May) it had lodged a fresh appeal with the High Court in London to overturn the culls .

The trust said it was “not acceptable” that Defra secretary Owen Paterson was moving ahead with a further badger cull in Gloucestershire and Somerset this summer “without any independent monitoring in place”.

It called on the BVA and members of the independent expert panel (IEP) of the 2013 pilot cull panel to support its legal challenge.

But in a statement released on Wednesday (21 May), the BVA said it would not be supporting the Badger Trust’s legal bid.

“The BVA council agreed a position on the continuation of controlled shooting in the pilot areas on 16 April,” said the BVA.

“The position states the BVA could only support further culling using controlled shooting in the pilot areas if steps are taken to improve both its effectiveness and humaneness and if there is robust monitoring and collation of results and independent analysis and auditing by a non-governmental body.

The statement went on: “Since 16 April, we have been in dialogue with Defra to seek assurances that these issues will be addressed, and those discussions are ongoing.

“We will not be taking a further position on the pilot culls until the BVA council has had the opportunity to consider Defra’s plans in full, when they are made available.”

The BVA said it was concerned that recent media reports, and the Badger Trust’s news release of 20 May announcing the application for a judicial review, had misrepresented its position on the culls and that some news articles had incorrectly suggested the BVA has withdrawn its support for badger culling as part of the overall government strategy to eradicate bovine TB.

It added: “The BVA continues to believe the TB eradication strategy for England will only be successful if we are able to use all of the available tools, including targeted, humane badger culling.”

Farmers and the government insist that culling badgers to tackle the reservoir of disease in wildlife is necessary to eradicate bovine TB in this country.

But animal rights groups, including the Badger Trust and the RSPCA, have called on the government to halt the culls and concentrate instead on a national badger and cattle vaccination programme and tougher biosecurity controls for farmers.