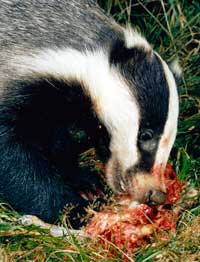 The call came in response to an interim report by the government’s TB Eradication Group which laid the foundations for a cull to tackle the disease.

Professor Bill Reilly, BVA president, said the eradication group had made welcome progress considering the political constraints it was under.

“In particular, we welcome the recognition that there has to be a package of controls available and that no single measure can eradicate bovine tuberculosis.

The BVA and BCVA had stated clearly that a targeted badger cull might be necessary in certain circumstances, said Prof Reilly.

“We are pleased that it has not been ruled out of a future eradication programme for England.”

John Blackwell, BCVA president, said: “More can be done in England and we urge the Secretary of State to reassess his criteria for introducing a badger cull.”

NFU deputy president Meurig Raymond said the report recognised it was impossible to eradicate bovine TB without dealing with the disease in wildlife.

But he expressed bitter disappointment that it had not made detailed recommendations in respect of wildlife control.

He said: “There is an understanding in this report of the strain on the farming industry and the unsustainable loss of 40,000 valuable and productive stock last year.”

Work was ongoing and further recommendations would be made to the government as evidence became available, said Mr Raymond.

“I urge TBEG to make these recommendations to the Secretary of State as soon as possible,” he said.