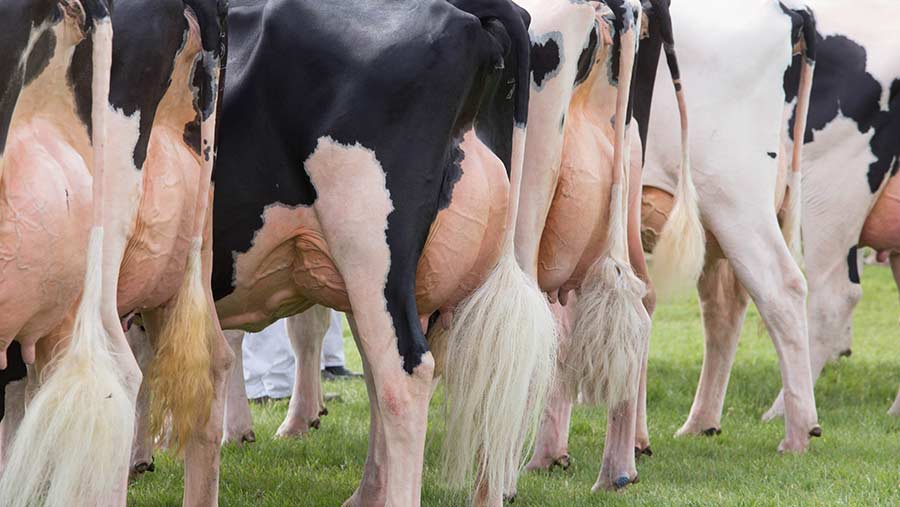 Cattle will be judged by video at a top agricultural show this month so farmers can enter livestock classes without attending the event.

Richard Williams, chief executive of Staffordshire and Birmingham Agricultural Society, said it would be used for black and white classes at the show on 31 May and 1 June.

At least one other show has been forced to abandon a livestock competition this year due to TB restrictions.

Mr Williams said: “Like a number of other shows, we have had difficulties attracting dairy entrants because – in the main – of failing TB testing.”

One exhibitor had entered 12 cattle for the dairy classes at the Staffordshire show – but was closed down by bovine TB last week.

Video judging would allow those exhibitors who were closed down by bovine TB to take part – but it would also encourage other people to participate, added Mr Williams.

‘Moving with the times’

Farms wanting to enter the “virtual” black and white classes had been visited and cattle filmed by video-making specialists from GB Bulls, said Mr Williams.

But it was important to realise that the video-judging was in addition to rather than instead of animals being exhibited at the event, he added.

“Seeing livestock up close is up there as a major attraction for any show,” said Mr Williams.

Get the public involved

“What we intend to do at the show is to have a big-screen TV and then we will invite the public to view the animals and rank them.

“We will give a prize to the person who ranks the cattle in the same order as the judges.”

“We think it is helping farmers who don’t usually come to the show and opening up a new avenue in terms of highlighting the importance of the animal’s performance.”

If video judging was deemed successful for the black and white classes at this year’s show, it could be extended in future years to other breed.