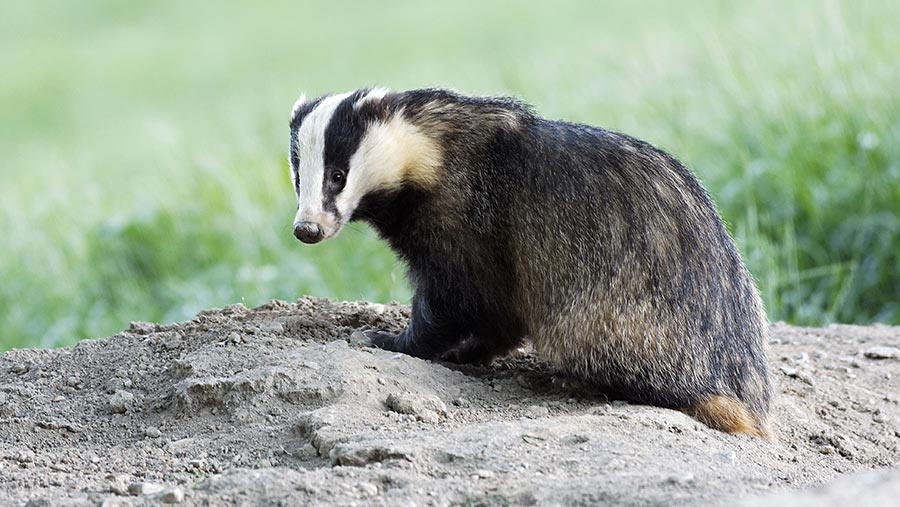 The Welsh government has rejected new calls for a widespread badger cull to be introduced in Wales to tackle the spread of bovine TB.

The union said official data from Defra showing the badger cull in England is working to reduce TB demonstrated the need to reinstate a proactive badger cull in the Intensive Action Area (IAA) of Wales, which includes north Pembrokeshire and small parts of Ceredigion.

Defra published data last week that demonstrated that new TB herd outbreaks have fallen by 50% following the completion of four-year culls in Gloucestershire and Somerset.

But in a statement, the Labour-led Welsh administration resisted calls for a widespread badger cull.

“In Wales we have adopted a comprehensive approach towards the eradication of bovine TB that focuses on all sources of infection. Evidence shows that most causes of bovine TB in cattle in Wales results from cattle-to-cattle transmission.

“Badgers are only trapped and tested where evidence suggests they are contributing to the persistence of TB in chronic-breakdown herds. Targeted interventions are being applied to remove test-positive badgers, helping stop transmission and clearing up chronically infected herds, which are costly to the taxpayer and industry.”

In Wales, five badgers were culled last year at a cost of £383,212 to the taxpayer, under the Welsh government’s “refreshed” TB eradication programme.

The programme includes a “badger trap, test and removal” policy – a selective badger cull that involves removing badgers that test positive for TB in targeted areas.

Ian Lloyd, FUW’s animal health and welfare committee chairman, said the Welsh cattle industry had “simply had enough” and he accused the Welsh government of failing to “properly recognise the impact of this insidious disease on farming families in Wales”.

He added: “Cattle keepers in Wales have adhered to numerous costly and burdensome cattle controls and restrictions.

“FUW members had a reasonable expectation that this same programme would make significant inroads in dealing with badgers. That expectation has not yet been met.”

The latest official bovine TB figures, published by Defra on Wednesday 19 September, show there were 747 outbreaks of the disease in officially TB-free (OTF) herds in Wales in the 12 months up to July 2018 – a 2% rise year-on-year.

In Wales, 10,051 cattle were slaughtered in the 12 months up to July 2018 – a 4% rise year on year. Defra said much of the rise in Wales could be attributed to stricter and more regular testing of non-OTF herds, in particular, the increased use of the interferon gamma blood test.