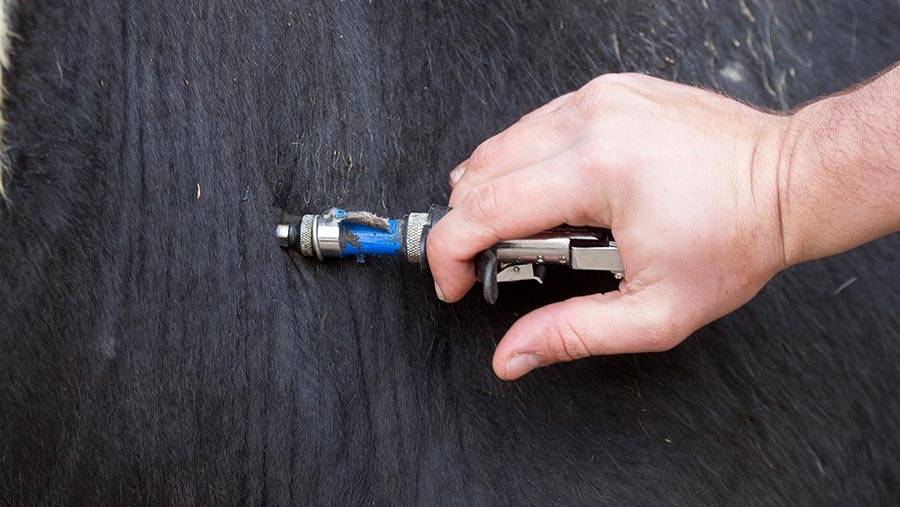 Cattle slaughtered in Wales due to bovine TB controls have soared by 12% in a single year as the government resorts to high-sensitivity testing in a bid to eradicate the disease.

In the 12 months to January 2019, 11,305 cattle were culled as a result of more widespread use of gamma (blood) testing, the removal of inconclusive reactors (IRs) and severe interpretation of the skin test, resulting in a compensation bill in excess of £13m.

At 1,499, the number of animals slaughtered in October 2018 was the highest for a single month since records began, while culls in November 2018 were the second highest.

One of the Welsh government’s main aims of refreshing the TB eradication programme 18 months ago was to protect the Low TB Area in north Wales from infection.

But it has emerged there were 34 new breakdowns in that region in the 12-month period – eight out of 10 of those breakdowns were the direct result of the movement of cattle infected with TB onto the farms.

It has emerged that some of these farms had flouted post-movement testing rules that would have detected infection.

These herds were immediately placed under movement restrictions pending a clear test and referred to the Local Authority Trading Standards for investigation.

In a statement on Tuesday (30 April), Wales’s rural affairs minister, Lesley Griffiths, urged all Low TB Area farmers to do all they can to keep bovine TB out.

“I cannot overemphasise the value of collaboration when it comes to TB eradication,” she said.

The movement of infected cattle was also to blame for one in three herd breakdowns in regions with high and intermediate levels of TB.

On some of the breakdown farms, heavily in-calf TB reactors had to be slaughtered on the holding, a situation that can cause extreme distress to the farmers involved.

A review is under way to consider ways in which this approach can be minimised.

Despite stringent cattle controls, there has been no let-up in new herd breakdowns – in the year to January 2019 there were 766 across Wales.

However, across the country’s 12,000 dairy and beef herds, figures point to a 4% decrease in TB incidence overall.

While cattle controls are the tightest they have ever been, it is understood that wildlife controls – the culling of infected badgers – has only taken place in about five farms with chronic herd breakdowns.

As a result of action plans being put in place on 59 of these farms, movement restrictions were lifted on 21.