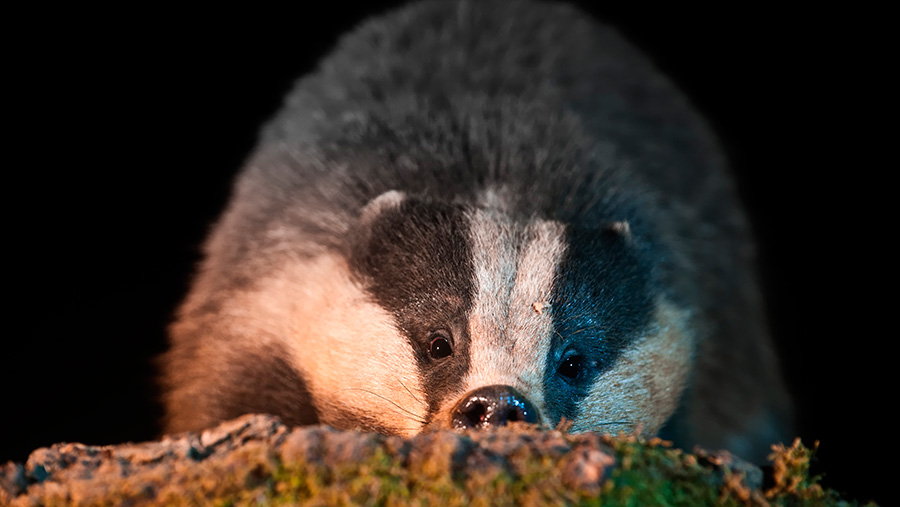 A badger cull should be introduced to reduce the level of infection in wildlife and help eradicate cattle TB in Northern Ireland, a new independent report has concluded.

The document, called a Bovine TB Eradication Strategy for Northern Ireland (PDF), says the Northern Irish government’s current TB policy is “deficient” because there is no strategy to address disease in wildlife.

However, experience in other countries, including England and the Republic of Ireland, has shown that culling badgers can help to reduce levels of TB in cattle, which costs NI taxpayers up to £30m each year.

The report was published on Thursday (15 December) by the TB Strategic Partnership Group (TBSPG), a high-level independent advisory group to the NI government.

Deer can act as a host of M bovis infection, but there is “little data” to suggest they act as a widespread carrier of disease in Northern Ireland.

However, the report says the Department of Agriculture, Environment and Rural Affairs (Daera) NI should act to address the risk of badger-to-cattle transmission as soon as possible – and ahead of the completion of the Test, Vaccinate and Remove (TVR) badger research study.

It recommends a culling strategy with up to 10 “intervention areas”, with a total area of at least 100sq km initially, but preferably “as large as possible”. The intervention areas would comprise a core (central) zone, surrounded by a buffer zone up to 1,500m around the edge.

Government vets would test badgers for TB in the core zone. Those that test positive “should be removed by shooting”, but if TB is not confirmed in the badger population “no further intervention should be considered at that time”.

To mitigate the risks of further disease spread associated with the “perturbation effect” – badgers fleeing cull zones – vaccination of badgers combined with culling of test positive badgers should take place in the surrounding (buffer zone) area.

The report recommends a two-stage process in the intervention area. Firstly, the testing, culling or vaccination of badgers in the buffer zone, followed by badger culling in the core zone “immediately afterwards”.

After the multi-year programme of badger culling is completed, further consideration should be given to vaccination in the core zone.

Simon More, professor of veterinary epidemiology and risk analysis within the UCD School of Veterinary Medicine, University College Dublin, peer-reviewed the scientific evidence in the study. He described the approach as “both reasonable and prudent”.

A Daera spokeswoman said: “Over the coming weeks, the minister [Michelle Mcllveen] intends to consider carefully the TBSPG strategy in full.

“The minister has asked her officials to examine the proposed recommendations in detail and has tasked them to bring forward options for her consideration. Her aim is to formally consult on the proposed approach early in 2017.”

Opponents of culling maintain it will do little to reduce the level of TB in cattle. But ministers in England and the Republic of Ireland believe lowering badger numbers can help reduce TB in cattle.