Mycoplasma bovis is the number one cause of pneumonia in calves in the UK as well as causing mastitis and arthritis in older animals. It is difficult to treat and until recently, there was no commerically available vaccine in Europe.

Now a Mycoplasma bovis vaccine developed in the US has been granted access for use in the UK under the special import certificate (SIC) scheme.

Farmers Weekly speaks to a farmer using an imported multi-strain vaccine in his herd to find out the benefits.

Initial results on the dairy farm, using this vaccine within a wider management plan, have been encouraging.

When David Smurthwaite joined the 320-cow herd at Westertown Farm, Oldmeldrum, Aberdeenshire, nine months ago as herd manager, he suspected there was an underlying problem. 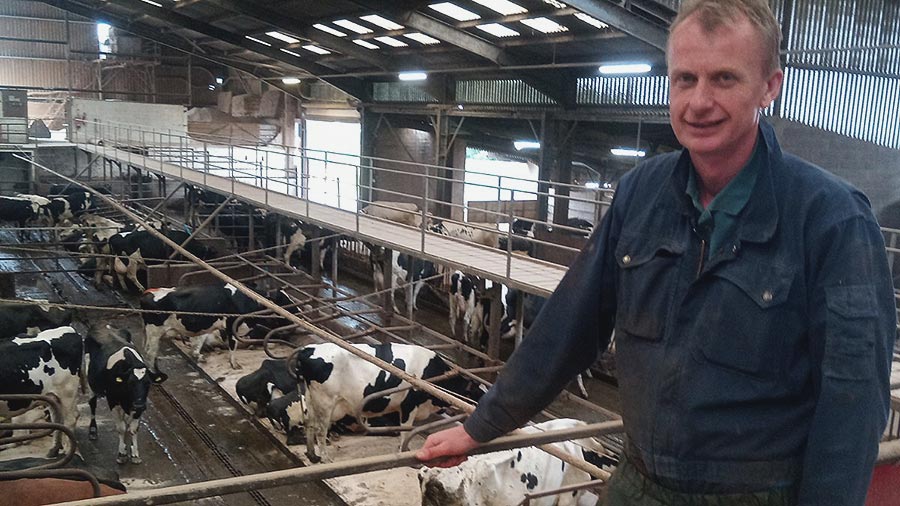 Having had previous experience of M bovis, Mr Smurthwaite was aware of the clinical signs of the disease and he enlisted Graeme Fowlie from Meadow Vets to investigate.

He says: “I used to manage a suckler herd and mycoplasma was rearing its head there. Graeme had been doing some work on the disease and gained access to a vaccine.”

Cows were vaccinated with the imported vaccine in October 2019, three weeks before calving. Since then, they have switched to vaccinating cows at drying-off to allow more time for immunity to be passed on to calves.

“We were convinced we were still getting calves born with M bovis and when we tested, we identified a couple of calves with it under seven days old. As a result, we have now changed to vaccinating cows at drying-off, giving cows enough time to pass on immunity in the womb and in the colostrum,” says Mr Smurthwaite. “Calves are then vaccinated at four to five weeks old.”

Although the vaccine has been in use for less than a year, they are convinced it is having a positive effect in managing M bovis.

Mr Smurthwaite reckons it has already halved the number of calf mortalities and antibiotics use.

Management changes have also been made to improve calf health. All milk fed to calves within the first 10 days of life is pasteurised, including colostrum.

This is because M bovis can be transmitted through infected milk. After this, calves are fed powder milk on a milk machine.

“We are also paying particular attention to colostrum quality and are only using colostrum measuring 20+ using a Brix refractometer. We think this is having a positive effect on calf health too,” says Mr Smurthwaite.

Measures have also been implemented to improve the housing environment, with stocking density reduced. Calves are being housed in batches and sheds are disinfected between batches.

This was in comparison with four control farms that did not vaccinate. While these results await verification, further work on how the vaccine achieved these effects is required.

When should you vaccinate?
Dairy cows should be vaccinated at drying-off, and beef herds six to eight weeks before calving. It takes five weeks for antibodies to be produced and then a further week for them to present in colostrum.

What is the cost?
The cost is similar to other bacterial pneumonia vaccines.

How do I get hold of the vaccine?
Access to the vaccine is via the SIC scheme – your vet must apply to the Veterinary Medicines Directorate for each herd.