The farmers at the heart of the latest Temporary Control Zone near Maidenhead, Berkshire, have spoken exclusively to Farmers Weekly.

Rachel and Phil Archer alerted DEFRA on Tuesday afternoon, when Mr Archer found signs of orf while checking through their flock of 163 sheep at Coningsby Farm.

“In light of being within the 10km zone, we recognised the necessity of checking stock thoroughly for signs of any abnormality.

Mr Archer found lesions in some of the lambs mouths, more typical as symptoms of orf. There seemed to be no classical signs of foot and mouth, Mrs Archer added.

“Although we were fairly confident that it was orf, being so close to the control zone and within the 10km surveillance zone we did not want to take any chances, particularly as we neighbour several farms. 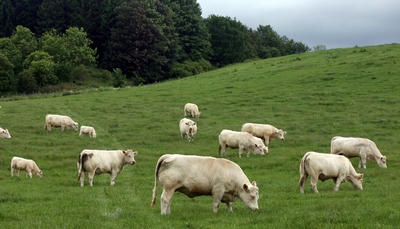 “We phoned DEFRA, who came out on Tuesday evening to make a preliminary check. On Wednesday morning, DEFRA carried out a thorough examination and confirmed that they also thought it was orf.”

Further inspection showed that  20 lambs each had one small round lesion on the centre of the tongue towards the back, about 3-5mm in diameter, something that the DEFRA vet had not seen before.

Blood tests from all 20 of the lambs with lesions have been taken. DEFRA had said results would be back late yesterday, however they are now expected this morning.

“What worries us is that this strain may not be showing the typical foot and mouth symptoms which were prevalent in the last outbreak due to it being a laboratory strain, so we have been told.”

All animals on farm, which total 163 sheep and 29 head of pedigree British Charolais which the couple show, have been inspected by government vets, and none show any of the obvious signs of foot and mouth symptoms.