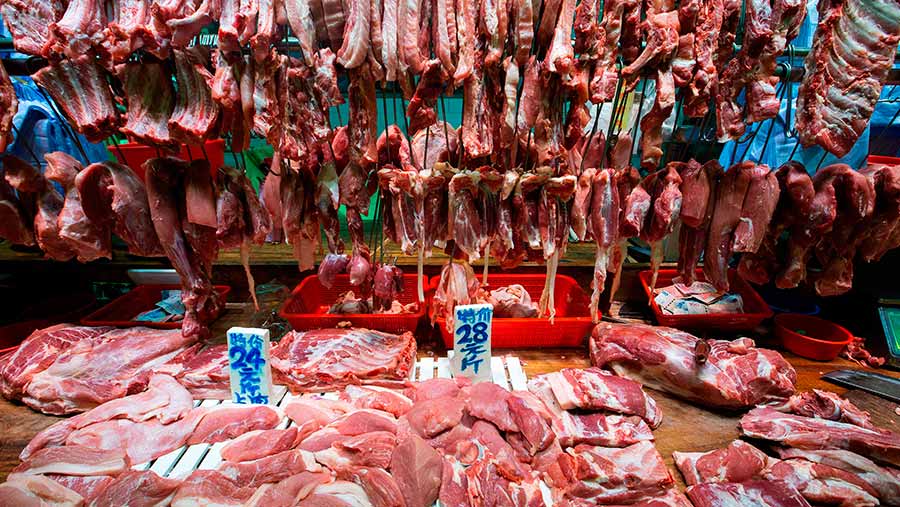 Traces of African swine fever (ASF) have been found in meat products seized at airports in Northern Ireland.

The NI Department of Agriculture, Environment and Rural Affairs (Daera) said more than 300kg of illegal meat and dairy products were detected at airports in the country in June.

A sample of these seizures tested positive for DNA fragments of ASF at the Agri-Food and Biosciences Institute in Belfast.

While the discovery does not pose a risk to animal health status – or the disease-free status from ASF – it reinforces the importance of controls by Daera staff, the department said.

But Daera’s chief vet, Dr Robert Huey, warned that holidaymakers bringing in meat and dairy products could have a devastating impact on the UK’s agri-food industry.

“Imports of meat or meat products, milk and other dairy products are banned from most countries outside the EU,” he said.

“It is therefore critical that we do everything in our powers to keep infection out of the country, including clear warnings at ports and airports that make the risks and penalties from bringing meat into the country clear to everyone, as well as more proactive surveillance and seizure of illegal meat imports.

“We also need to ensure, given that the virus might already be present in the country, that all pig keepers are aware of the risks of feeding meat and waste food to pigs, which is, of course, illegal.

“We are also encouraging producers to put up clear signage on footpaths and other areas of public access close to pig units warning the public not to feed pigs.”

The NPA has launched an industry-wide #MuckFreeTruck campaign to remind everyone across the supply chain as well as hauliers about the importance of ensuring trucks are clean and not carrying disease between sites.

There are almost 6,000 ongoing cases of ASF across the world, according to the World Organisation for Animal Health (OIE).

Reports of African Swine Fever are circulating in continental Europe and Asia. At present, the disease continues to run rampant in China, with more than 130 outbreaks reported and more than one million pigs culled. The disease has also spread to Mongolia, Vietnam, Cambodia and Japan.

Defra has recently announced that it will be stepping up ASF controls at ports and airports, including a new poster campaign targeting travellers from ASF-affected regions, with warnings about bringing meat products into the country.