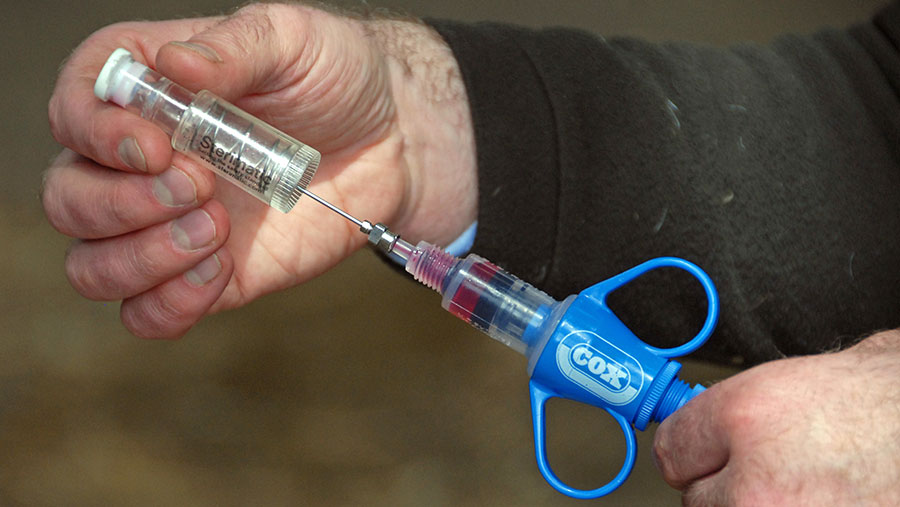 Livestock farmers in Northern Ireland have been told to remain vigilant after bluetongue was detected in a heifer shipped in from France following post-import testing.

The department of agriculture, environment and rural affairs (Daera) said it was taking action to reduce the risk of disease spread, with veterinary investigations under way and movement restrictions in place at the premises.

The affected animal has been humanely culled.

See also: A complete guide to leptospirosis in cattle

“It is vitally important that we keep bluetongue out. The risk is not only to themselves, but to the whole industry as the effects on trade could be catastrophic.

“If farmers feel they must import from bluetongue-affected countries, they should consider what additional guarantees the seller can provide, such as requesting a pre-export test to be carried out to prove effective immunity to the bluetongue virus.”

This latest case follows an incident in October, when four infected sheep were discovered on a farm in Lancashire, and another in September, when two imported cattle were detected with bluetongue in North Yorkshire.

Dr Huey said anyone importing a diseased animal risks the possibility that it will be slaughtered and no compensation paid.

A Daera statement added that bluetongue does not cause disease in humans or affect food safety.

But it can reduce milk yield and cause infertility in livestock and, in the most severe cases, is fatal for infected animals.

The main mode of transfer is midges, which are most active between May and October. But not all susceptible animals show immediate signs of the virus and may still be a risk at other times of the year.

Daera is tracing and testing any herds linked to the latest discovery and an epidemiological investigation has been initiated to assess the situation.

This will help determine if disease is circulating, though this is highly unlikely.

At this time the UK remains officially bluetongue free, as it has been since 2011.

How to spot bluetongue

Bluetongue affects all ruminants, although sheep are most severely affected. Cattle and goats that appear healthy can carry high levels of the virus and provide a source of further infection.

In sheep, the clinical signs include:

In cattle and goats, look out for:

Animal keepers in Northern Ireland are not permitted to vaccinate their animals against bluetongue. Vaccination against one strain of bluetongue virus does not give protection against any other strain.