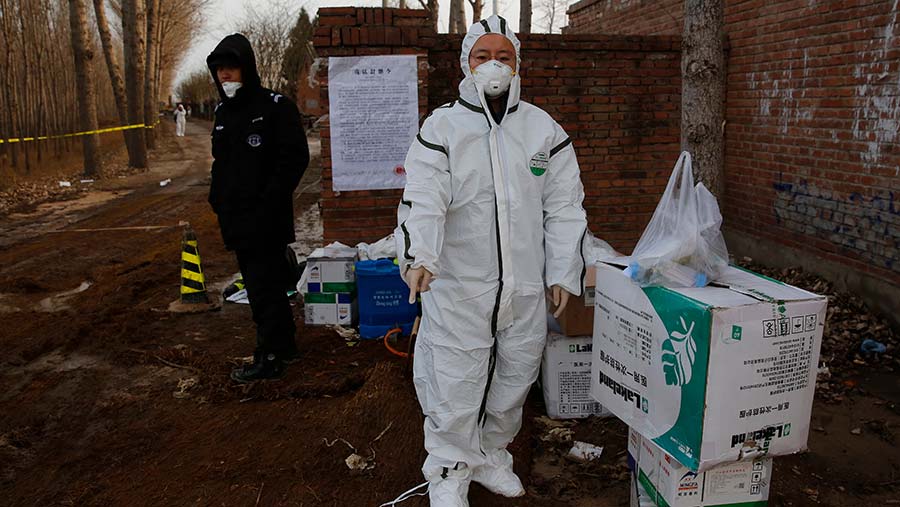 China’s African swine fever (ASF) crisis continues to deepen, with the worst forecasts suggesting the pig herd will decline by 35% or 200 million head this year.

To date, Chinese government figures show the overall herd stands at 377 million pigs – down by 42 million head or 10.1% – in the first quarter of 2019, compared with the same period a year ago.

Within the overall figure, the sow herd dropped by 21% year-on-year, damaging the breeding and production capacity.

That has prompted the US Department of Agriculture (USDA) to revise its 2019 production forecast for China from a predicted 1% increase, which it suggested in the autumn of last year, to a decline of 10%.

In terms of output, a 10% decline would equate to about 48.7m tonnes or roughly 4% of global pork production.

To replace the shortfall, the USDA has estimated Chinese import levels will have to increase by 40% or 2.2m tonnes.

However, the USDA estimates the effect is low compared with predictions from other bodies such as Rabobank’s figure of a 35% fall and market analysts Gira’s forecast of a 20% decline.

If Rabobank’s forecast of 35% proves correct, up to 200 million pigs will be lost to ASF through infection, slaughter to control the disease and reduced breeding capacity.

According to the AHDB, the global production loss would mount to about 10m tonnes in that scenario – roughly equal to the entire annual US production.

Meanwhile, reports from news agency Bloomberg have suggested that 80% of the pig businesses affected by ASF will not restock.

The Bloomberg report quoted Wang Junxun, deputy director at the bureau of animal husbandry in China’s agriculture ministry, as saying: “There has never been such panic among farms.”

He blamed the outbreak on a lack of biosecurity measures, particularly among smaller farms, and long haulage distances.

The scale of the crisis has sent shockwaves across the global pig sector, and UK industry leaders have repeated warnings on keeping the disease out.

National Pig Association chairman Richard Lister has featured on Radio 2, calling for pig producers to be vigilant and to ensure biosecurity measures are watertight.

The organisation has repeated APHA advice, which includes: