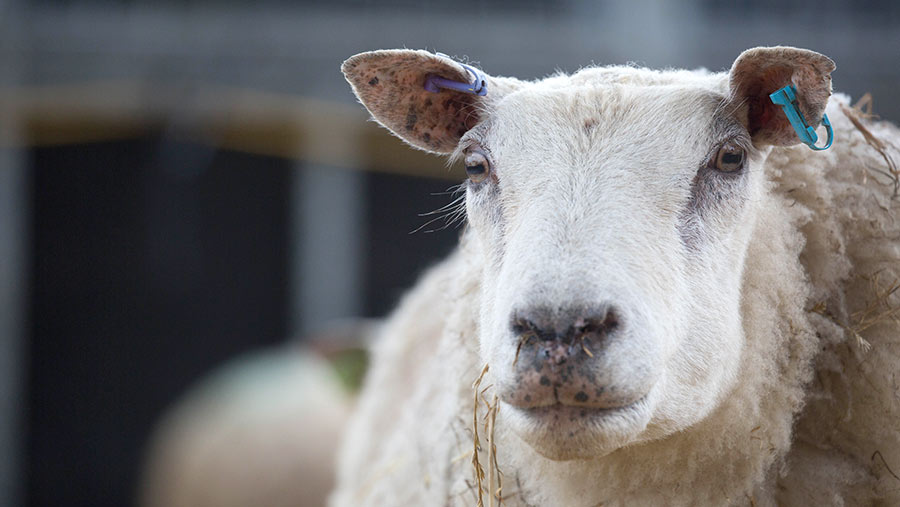 Changes to the maedi visna (MV) accreditation scheme mean stricter rules for MV-accredited flocks that are buying in stock or have non-accredited sheep at the same holding.

The MV accreditation scheme for sheep is part of the broader Premium Sheep and Goat Health Schemes (PSGHS) run by SRUC Veterinary Services.

The scheme is voluntary and benefits include monitoring and detecting the disease, as well as  accreditation, which can give better access to shows, sales, exports and purchasers.

“The PSGHS rules have been updated in collaboration with our advisory board comprising industry representatives. We wanted to make the rules as robust as possible while at the same time maintaining a level of practicality for our members,” said Dave Wilson, veterinary manager of PSGHS.

The two key additions to the rules, bought in earlier this year, are:

On these holdings, at every routine periodic blood test a female cull screen of 12 non-MV/CAE-accredited animals must be performed.

The second change relates to adding MV/CAE-accredited animals to an MV/CAE-accredited flock/herd. This has been identified as a possible route of breakdowns because of the risk of transmission during sales/transport.

New guidelines on the import of animals, embryos and semen have also been added to the rules.

Authorisation is needed from a PGSHS vet before animals are added to the flock or semen and embryos are used/implanted, even if they are accredited in a non-UK scheme.

The full details of the accreditation and rules involved are available on the Premium Sheep and Goat Health Schemes site.

The price for annual membership of the scheme varies depending on the flock size:

A viral disease that can be transmitted via milk, colostrum, faeces and respiratory secretions. Close contact during housing can increase the risk of disease spread.

The name is made from two Icelandic words that mean pneumonia and wasting – the main clinical signs. Symptoms can also include mastitis. Maedi visna will reduce conception and milk yields, potentially increase premature births and lamb mortality, and reduce growth rates.

The disease is highly contagious and fatal, so will lead to increased mortality rates. Infected flocks are likely to see increased culling due to chronic weight loss and poor fertility. New UK data has shown an approximate 7.3% reduction in milk yield from infected ewes.

See also: How to identify, treat and prevent the five iceberg diseases in sheep

How to find out if you have it on farm

Maedi visna can be identified through blood testing or milk sample testing.

How to prevent it

There is no vaccine for the disease. You can reduce the risk of infecting your flock by purchasing breeding stock only from maedi visna-accredited flocks.

There is no treatment for maedi visna.