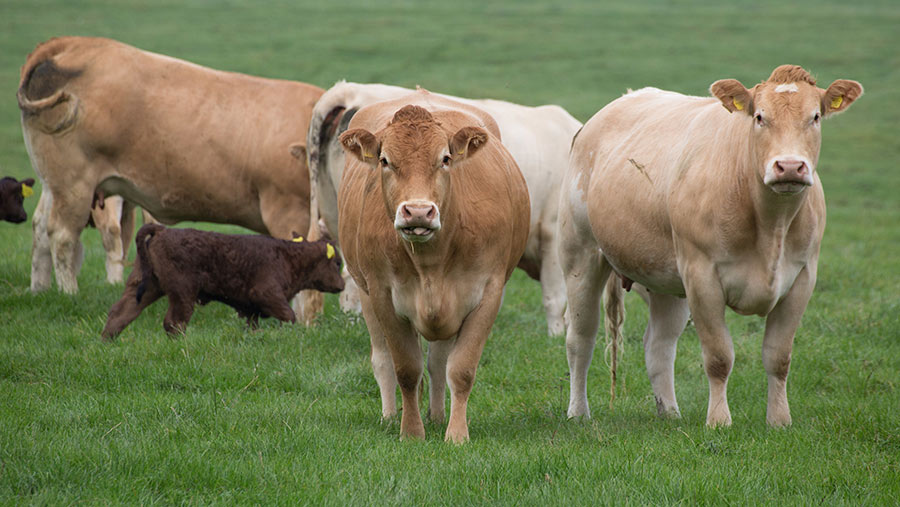 A new consultation aimed at farmers, vets, advisers and all other stakeholders in the beef supply chain has been launched to determine the best way of measuring and comparing antibiotics use in UK beef herds.

The consultation, issued by the Antimicrobial Use sub-group within the Cattle Health and Welfare Group (CHAWG), aims to identify a common set of measures for UK beef farms.

These will allow farms to understand their antibiotics use, and how this is changing over time and relative to the whole industry.

See also: How a beef farmer cut antibiotics use in suckler herd by 74%

It aims to guide vet-farmer discussions around responsible antibiotics use and help the beef sector meet its current and future antibiotics use targets, identified through Ruma’s Targets Taskforce.

Once agreed, these measures, or “metrics”, will be incorporated in the electronic Medicines Book for Cattle and Sheep, which is currently under development. Similar metrics for the dairy sector were consulted on, agreed and announced last year.

Chair of CHAWG Tim Brigstocke says the beef metrics have taken longer to define because of the complexity created by a wide array of production systems and numerous movements on and off farms.

“While there is a method in place to report national antibiotics use of beef herds using the Population Correction Unit (PCU) developed by European regulators, it’s not suitable to use this for comparison at farm level because of its focus on measuring antibiotics use against the number of slaughter animals,” explains Mr Brigstocke.

“In the UK, many beef farms do not produce slaughter animals, or they produce so few that this number does not fairly represent their production system.”

What options are being proposed?

Within the consultation, it has been recommended that figures are calculated for both total antibiotics use, and the use of highest-priority Critically Important Antibiotics (HP-CIAs).

This is because a reduction in total antibiotics used must not be achieved through a shift towards use of HP-CIAs, which often require lower doses.

Four options have therefore been proposed:

While the common metrics will be used for reporting, it will still be possible to use other antibiotics use metrics according to individual requirements and needs.

He said the aim was to identify metrics that provide a sensible balance between accuracy and pragmatism, that work for the majority of farms, and – most importantly – give producers and their vets the feedback they need to make improvements in responsible medicine use, while protecting cattle health and welfare.

“We really want to hear from as many beef farmers and vets who work with beef herds as possible, so we can understand which measures would be most useful for them and the easiest to provide the data for.”

You can review the consultation at CHAWG, which is open until 23 August. All feedback should be submitted to info@chawg.org.uk

A webinar held on 18 July is also available to view on the website; it contains an overview of the different proposals as well as answers to some common questions.