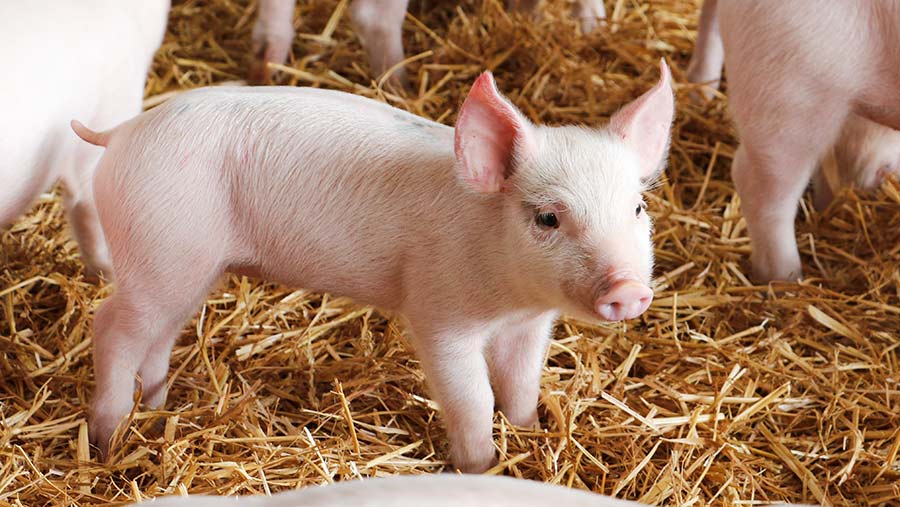 Pig farmer David Kemp has managed to beat a nasty outbreak of salmonella, in the process cutting antibiotics use to less than 1mg/kg.

Mr Kemp, who runs a farrow-to-finishing enterprise in Salisbury, Wiltshire, first observed clinical salmonella in weaner piglets in 2016. Treatment was proving ineffective so he had to consider changing tack.

At that time, there wasn’t a licensed vaccine for salmonella typhimurium (ST) in the UK, so Mr Kemp obtained one under special licence through his vet and became part of a Defra-supported study partly funded by the vaccine manufacturer IDT Biologika.

Antibiotic use was already low on the unit, but since vaccinating and improving cleanliness, he has reduced use from nearly 1mg/kg to zero for the last two quarters of 2018 (see graphic).

About the salmonella issue

For the first 14 days after weaning Mr Kemp had been using in-feed medication to treat weaners, but he couldn’t seem to get rid of the infection.

He says piglets were succumbing to the intestinal disease 3-4 weeks after weaning and mortality was peaking at 10% in some batches.

The prevalence of ST was lower in finishing pigs than younger animals, with the use of an acidic liquid feed for older animals contributing to this.

This type of feed promotes more acidic conditions (lower pH) in the intestinal tract, making the environment inhospitable for salmonella as well as promoting the proliferation of other bacteria, such as lactobacilli, which can competitively exclude salmonella.

But acidifying the water was a challenge in the weaning accommodation, and it is not as effective as acidic liquid feeding.

Mr Kemp met Dr Martelli at a National Pig Association (NPA) event, and she visited the farm in 2016, funded by Defra, taking faeces samples to identify the salmonella strain and its distribution on the farm.

Tests revealed that the pathogen was salmonella typhimurium, which causes clinical disease such as scour and wasting in young pigs, in particular. 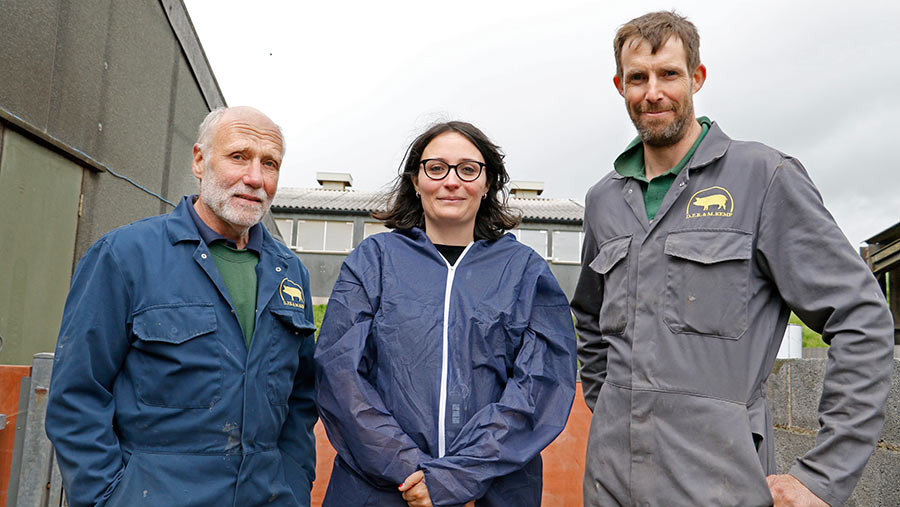 Treating the infection with antibiotics is not always advisable and the reason Mr Kemp’s treatment had proved ineffective was because the strain had become resistant to the antibiotics being administered, Dr Martelli explains, so in-feed medication was stopped immediately.

Instead, Dr Martelli devised a plan of action to get on top of the outbreak, in conjunction with Mr Kemp’s vet.

The vaccine was provided free by IDT Biologika in Germany, which needed to collect efficacy data for the UK in order to get the product licensed here.

It is administered subcutaneously to sows and orally to piglets.

Improved disinfection has also been critical.

The disinfectant Mr Kemp was using wasn’t effective on the farm. Buildings are not purpose-built pig sheds; weaners are housed in converted calf sheds and it is difficult to achieve very clean conditions prior to applying the disinfectant.

Weaners are littered on deep straw with pens cleaned out weekly between batches. This makes it hard to maintain a clean environment and turnaround is fast, with a new batch of piglets arriving the day after cleanout.

The solution was to change the class of disinfectant to one that was more effective on the farm.

As part of the study, Dr Martelli and Apha colleagues visited the farm every six months and sampled pig faeces for ST.

An ongoing, second project, funded by the Veterinary Medicines Directorate (VMD), is investigating microbiological changes on the unit following the reduced use of antimicrobials being administered.

As part of this study, faeces samples are also tested for E.coli – a species of intestinal bacteria which can cause infections in animals and humans, although pigs are not considered to be a source of human infection in the way that can occur with ST.

E.coli is scientifically recognised as the best indicator organism for antimicrobial resistance in gram-negative bacteria.

About 500 faeces samples from all classes of pigs are collected at any one time, which takes 3-4 people 6-7 hours. Samples are pooled and then taken back to the lab for testing.

Clinical symptoms of ST have subsided and sampling shows the prevalence of salmonella in the environment has declined on farm over the duration of the study.

After 12 months of vaccinating piglets, it has been deemed safe enough for Mr Kemp to vaccinate only sows and gilts.

Mr Kemp has continued to vaccinate the herd following the end of the trial, and the vaccine is still being imported under special licence, but IDT Biologika hopes to launch it to the UK market this autumn and UK prices will then become available.

Very little resistance was found to critically important antibiotics for medical treatment, but there was some resistance to ampicillin and trimethoprim, both on the on World Health Organization’s List of Essential Medicines for human use. 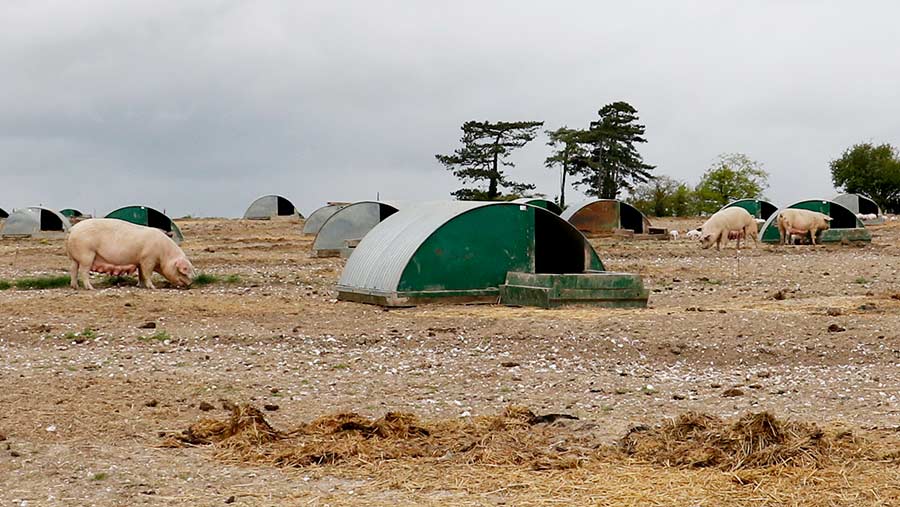 Preliminary results show a 23.2 percentage point decline in the proportion of E.coli bacteria that were resistant to ampicillin (from 50.9% to 27.7%) and a 26.5-point decline in resistance to trimethoprim (from 45% to 18.5%).

Antibiotics are still used on the farm when needed, but only on a case-by-case basis.

Mr Kemp says he was taught at Reading Agricultural college decades ago about antibiotic resistance, and it is one of the reasons he has always been stringent in their use; only ever using in-feed medication in the weaners.

He says: “As far as I’m concerned if you have to use antibiotics to survive you are doing something wrong. It puzzles me why it has taken this long to get it up the agenda.”

Tips for controlling salmonella on your farm