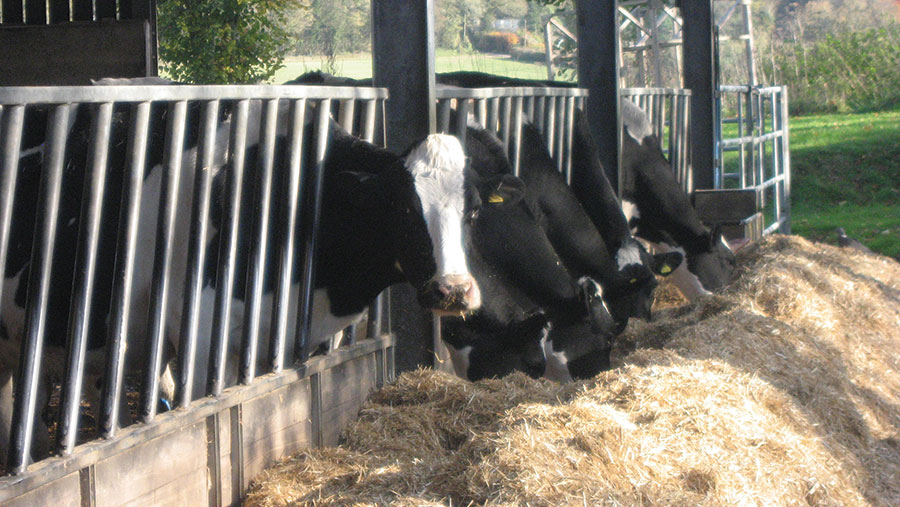 In a bid to reduce antibiotics use, a farm research project is trialling on-farm mastitis tests to identify cows that need treatment and those likely to self-cure.

Mastitis is one of the main reasons antibiotics are given to dairy cows, but many strains will self-cure without medical intervention.

There are two large groups of bacteria that cause mastitis – gram-positive, such as staphylococcus and streptococcus, and gram-negative, such as E coli.

Gram-positive show a better response to antibiotics treatment than gram-negative.

Preliminary results of the trial show culturing samples can help farmers cut antibiotics use by allowing gram-negative cows to self-cure.

Watch the Innovative Farmers video about field lab and hear from farmers and vets involved with the mastitis testing project.

Eight pilot farmers have been asked to treat their cows in two groups.

For every two clinical cases of mastitis they find – identified through altered milk and/or swelling in the udder – one will be treated with antibiotics and the other will be tested.

Testing involves taking a sterile milk sample – after teat disinfection and before stripping.

The test is then labelled with the cow identification, quarter and date. Using a pipette, 0.1ml of milk is placed into two colour-coded test tubes. These are placed into an incubator at 35-37C and are read after 14 hours.

If any bacteria grow, the solution will change colour. Changes in the white-topped tube indicate general bacterial growth, and if there are changes in the yellow tube as well, it indicates gram-positive growth.

“Gram-negative infections or ‘no growths’ have a high spontaneous cure rate: 80-90% will clear within three or four days,” explains the Royal Veterinary College’s Peter Plate, who is overseeing the project. 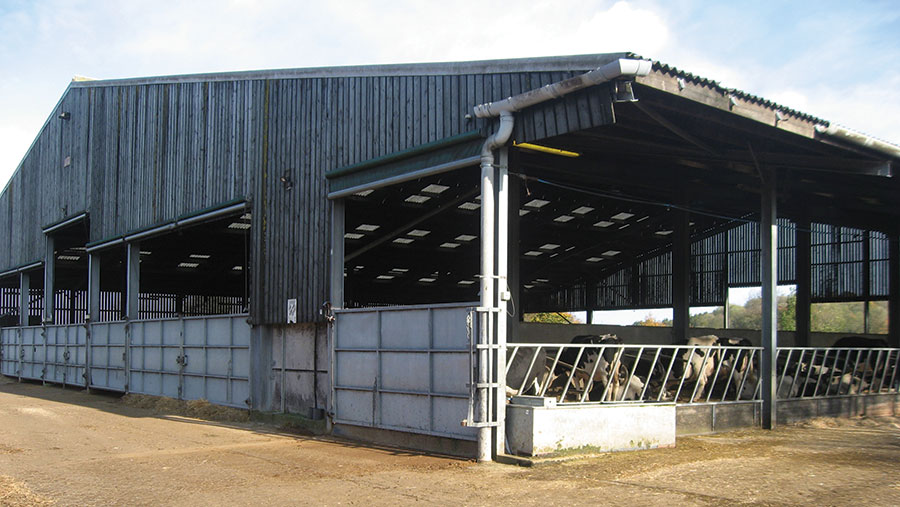 In contrast, most gram-positive infections will require antibiotics.

Farmers in the trial, which is part-funded by Innovative Farmers, only treat cows with gram-positive infections, and monitor all cows – whether in the control group, treated or untreated – for how quickly milk is returned to the bulk tank. They also record somatic cell count (SCC) and recurrence rates.

This depends on the type of mastitis present on your farm. If your cases are predominantly gram-negative, then you stand to make considerable savings through reduced treatments.

If they are mostly gram-positive, then the cows will be treated anyway, reducing the cost efficiencies of the test.

Organic producers stand to get greater returns due to their higher milk price and longer withdrawal periods.

Vets recommend administering painkillers and anti-inflammatories, regardless of whether cows are treated with antibiotics.

“We’re only using the test for mild to moderate cases; sick cows will always get treated, as will those who don’t clear in four to five days. And no test is 100% accurate, so it’s always important to be vigilant,” adds Mr Plate.

A second aspect of the trial is to ascertain how accurate the test is, so farmers have been asked to send their samples for independent verification by Quality Milk Management Services (QMMS). 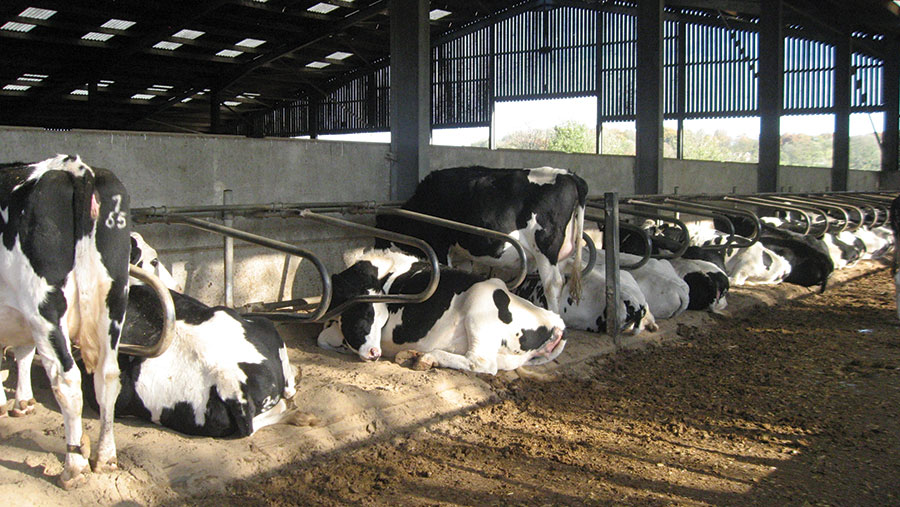 Six months into the year-long trial, 100 cases of mastitis have been identified.

Of these, 50% were cultured and 45% of those did not receive treatment. Interim results show cure rates are comparable for treated and untreated cows.

This reflects similar results in other trials. In 2011, a study by Lago et al saw treatment rates slashed by 50%, with no difference in reoccurrence rates, while in 2018, a New Zealand trial cut antibiotics use by one-quarter.

That could translate into significant savings. One case of mastitis costs £50 on average, based on direct costs of mastitis and milk withdrawal periods for organic milk.

Therefore, not treating one in four cows could save £12.50 a case. But the savings from avoiding mastitis cases altogether are considerably higher, with each case of mastitis estimated to cost about £300 or more.

In 2018, trials by Leimbach and Kroemker found the MastDecide test was 84% accurate on gram-positive identification and 87% accurate on gram-negative bacteria – sensitivities that have been backed up in the British trial so far.

Mastitis testing: when should you use it?

There are therefore two scenarios in which mastitis testing can help.

The first is to help farmers identify what level of problem they have on their farm, so they can tackle it. This requires external specialist labs to identify the species causing mastitis.

The second is to reduce treatment rates once environmental measures have been implemented, says Mr Plate – this is where on-farm testing has its place.

“Prevention is the first thing to look at – create a plan with your vet to get on top of environmental mastitis before modifying treatment regimes,” he advises. 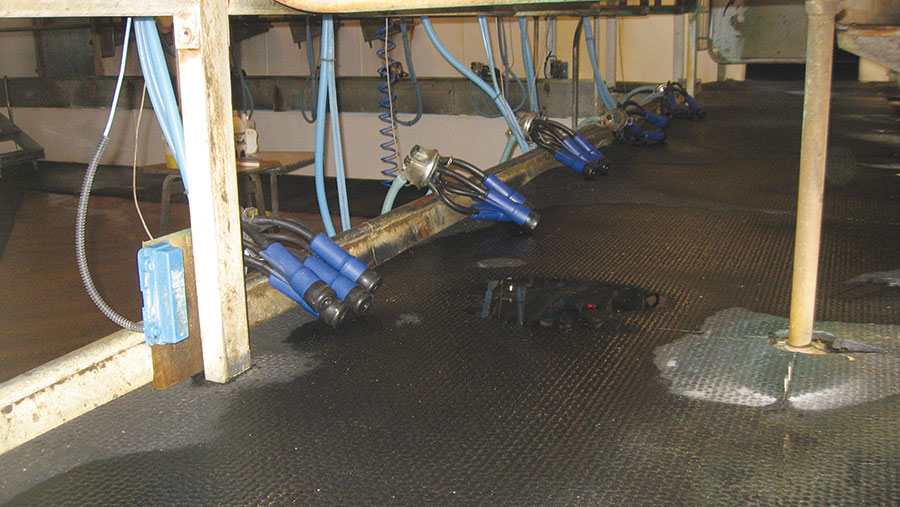 However, there are drawbacks. Because the test isn’t 100% accurate, it means some cows will be missed and because the test takes 14 hours to produce results, treatment of mild to moderate cases will be delayed.

In addition, the test is only suitable for farms with dedicated staff, high levels of hygiene and a separate area for testing away from the milk tank and parlour, says Mr Plate.

“Some mastitis bacteria are zoonotic, so you really don’t want cultures growing on your farm where they’re not handled carefully.”

“But there is a lot of test kit development being carried out and what we’re doing is proof of concept. It’s not for everybody, but it’s another step in the right direction to reduce antibiotics use.”

The team at Sparsholt College joined the trial in June, under the guidance of their vet, Lucy Jerram, from Endell Veterinary Group.

Herdswoman Shona Phillips has found the test to be extremely simple to use.

“We had 20 cases of mastitis between June and November; all bar two were gram-positive, so had to be treated,” says Miss Phillips.

One of the remaining two was a false negative and needed immediate treatment, and the other, left untreated, successfully self-cured.

As well as helping to reduce their antibiotics use, the test has also helped pinpoint the cause.

“In the summer we had quite high levels of mastitis, which turned out to be Strep uberis caused by contaminated water, so we had to look at all our water supplies.”

The summer aside, the farm has quite low levels of mastitis, with cell counts averaging 111,000 cells/ml and a bactoscan of between eight and 15.

This is being achieved by placing a big focus on good milking routines and cleanliness. 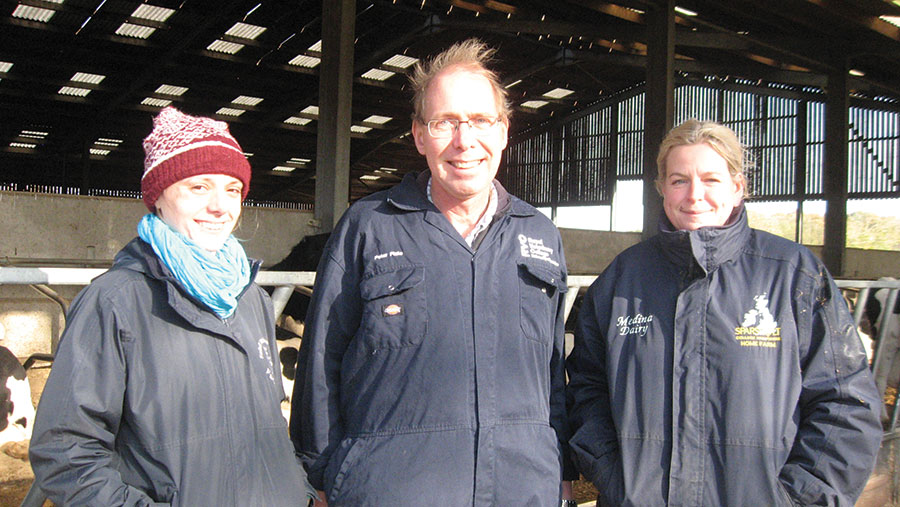 “We have changed our milking regime. As well as spraying and wiping, we are now pre-stripping, which makes a big difference,” explains Miss Phillips. Cases can also now be picked up a lot quicker.

To keep beds clean, sand is changed every other day and raked twice a day. They are using selective dry cow therapy and only use antibiotics at drying-off on cows with cell counts above 150,000.

“I think it’s brilliant, just to know that we’re only treating cows that need it,” adds Miss Phillips.