Sheep industry bodies are collecting data on the sector’s antibiotics usage to help develop a strategy that promotes best practice and cuts the risk of developing drug resistance.

The UK is among 193 nations that have formally recognised the issue as a global challenge in human and agriculture medicine.

In response, Defra has committed to reducing usage in all sectors by 19% before 2020. 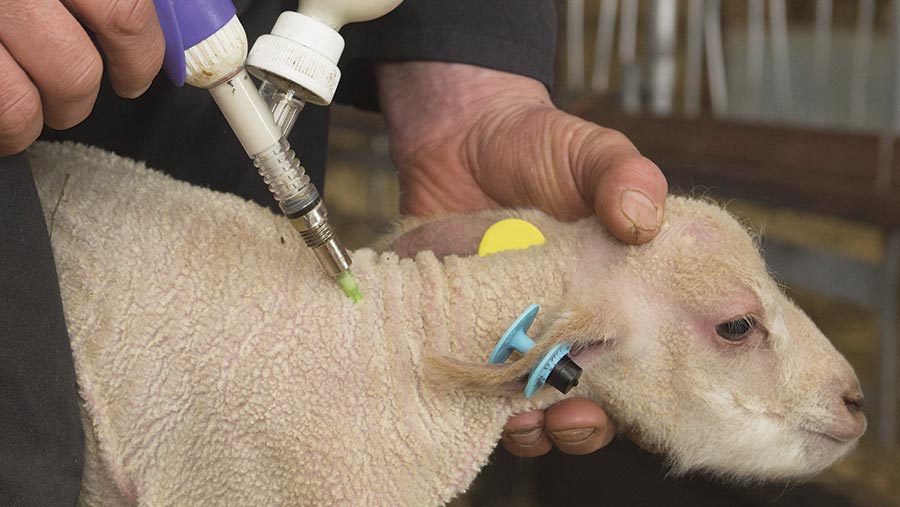 National Sheep Association chief executive Phil Stocker says: “While the sheep industry is not a heavy user of antibiotics, we still take their use very seriously.

“Antibiotics are a vital weapon in the fight against disease. We all need to play our part in safeguarding antibiotics for the future.”

Mr Stocker explains: “So our starting point in forming a strategy to meet Defra’s target is to establish what is going on at farm level.”

Last summer the NSA, in partnership with AHDB Beef & Lamb and MSD, surveyed 350 farmers on antibiotics use.

The results are currently being analysed by Adas researchers.

“Although we are still analysing data, we can already see the major use of antibiotics in lambs is for watery mouth and joint ill,” Mr Stocker says.

In older sheep, enzootic abortion and lameness were the key problem areas.

The survey also asked farmers to explain how they were using antibiotics.

For example, the survey showed flocks with enzootic abortion were using antibiotics to treat cases in an outbreak.

“This is the correct use and is important for the animals’ welfare. Nevertheless, vaccinating to prevent the disease could help to reduce antimicrobial use even further,” Mr Stocker says.

The survey also found that antibiotics use was lower on farms when vets and farmers worked together to share best practice and form preventive strategies.

Specialist sheep vet Fiona Lovatt works with vets and farmers to do just that.

Dr Lovatt is a director of Flock Health, which runs clubs and workshops to share and promote ideas on reducing disease.

She echoes Mr Stocker’s comments: “I can’t emphasise strongly enough how important it is to safeguard the use of antibiotics for future generations.

“If sheep producers could step back, consult their vets, talk to their colleagues and think about how they could reduce routine antibiotics use, it would be invaluable.

“As the survey showed, the antibiotics are primarily used for enzootic abortion, some lameness issues, watery mouth and joint ill.”

Watery mouth
Watery mouth protection is delivered as a one-off oral dose and Dr Lovatt explains there is  a risk with this single dose for the neonatal stomach.

“The potential is to under-dose, which increases the likelihood of resistance. Avoiding the routine use of antibiotics as a preventive measure against watery mouth would be a major step forward,” she believes.

It’s probably hardest to break routine antimicrobial use when dealing with joint ill disease, but even here there are things that can be done, Dr Lovatt says.

“The key with both diseases is adequate, quality colostrum, from ewes fed a balanced, protein-rich ration, delivered within an hour of birth. This, combined with good hygiene and minimal ewe lameness, will give the lamb the best chance of survival without medicines.”

For enzootic abortion, Dr Lovatt says there is no reason for routine, insurance treatment with antibiotics.

“A flock buying in replacements will always be at risk of enzootic abortion but they should be vaccinated for protection. It is straightforward,” she insists.

Lameness is another area where good practice can dramatically reduce antimicrobial use, Dr Lovatt adds.

Producers should adhere to the “five-point plan” (see box) for cutting lameness through management practice.

“It is essential to use every available method to reduce foot-rot and contagious ovine digital dermatitis (CODD) risk, by preventing cases occurring. Antibiotics are needed to treat actual cases – the key is to have a plan so that new cases do not occur,” she says. 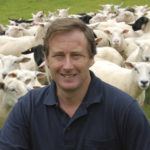 “Although we have never used antibiotics routinely, we are using less and less because we have refined our management strategy to prevent disease,” says Peter Baber.

Mr Baber uses a whole-flock management approach, which involves constant revision and improvement of all aspects – from genetics to nutrition and simple husbandry measures.

Exlanas make up two-thirds of the flock and are lambed outdoors. The remaining Suffolk and Texel ewes are housed at lambing.

“We are looking for minimal or zero assistance at birth. That goes for both outdoor and indoor flocks.

“Anything that has difficulties at lambing is likely to be culled. This approach has cut assistance down to virtually zero in the Exlanas and to less than 10% in the indoor lambers,” Mr Baber says.

“If we intervened in the past we used to give antibiotics as a precaution against infection.”

So, improving the ease-of-lambing trait has improved flock health and reduced antibiotics use, he says.

Indoors, hygiene, careful nutrition to ensure colostrum production and checking all lambs have sucked has proved the key to cutting watery mouth and reducing antibiotics use.

The shed is kept clean using a lot of straw. A rule of thumb – or perhaps, rule of knee – is that Mr Baber keeps the pens clean and dry enough to kneel down without having to wear waterproof leggings.

“If my knees are dry, I know the lambs are being kept clean,” he says.

Ewe nutrition is managed to ensure there is sufficient colostrum.

At lambing a rigorously applied scoring system is used to provide management information as each lamb is born.

Any poor scores mean the ewe is culled to improve flock genetics.

Mr Baber has also reduced antibiotics use for lameness.

The “secret” is to reduce the foot-rot challenge by removing the persistent offenders and treating the “one-off” cases rapidly.

Only one of the 1,100-ewe flock was lame when Mr Baber was interviewed.

“It would be treated within 24 hours. That is crucial – to treat early,” Mr Baber adds.

Keeping disease out of the flock is another vital defence strategy.

“We breed all our own female replacements. If we bring in one or two rams a year, they undergo a stringent six- to nine-month quarantine, with blood tests for disease,” Mr Baber says.

A persistent problem with watery mouth meant antibiotics were used as a preventive medicine in the past. Now, though, their use has all but been eliminated, says David Raine.

“The key to this has been the quantity and quality of colostrum provided within one hour of the lamb’s birth,” Mr Raine says.

“To make sure there is sufficient quantity, we provide the ewe with good nutrition – plenty of energy, protein and trace elements from a home-produced ration including fodder beet,” Mr Raine explains.

Careful observation and diligence at lambing, monitoring ewe health and udder checks , along with the use of colostrum substitutes where required, ensure that every lamb receives the colostrum it needs.

All lambs are treated with iodine at birth.

“If they stay housed, because of bad weather, they are navel dipped again. We have found this second dip has cut joint ill markedly.

“We have virtually eliminated watery mouth and joint ill, cutting our antibiotics use to just about nil in the process,” Mr Raine adds.

Even though the upland farm faces harsh weather, reducing the time that the flock is housed is key.

“We are mainly outdoor lambing now, with Swaledales making up three-quarters of the flock. They need minimum interference, which cuts the need for any antibiotics at all.”

Housing for the remainder of the flock is also minimised.

“Early-lambing mule ewes are brought close to the housing as lambing nears so we can keep an eye on them. Nutrition is raised to boost the ewe’s natural immunity to disease and to yield colostrum.

“But they don’t come indoors until the last minute to cut the build-up of bacteria,” says Mr Raine.

The farm has also introduced a week’s break in the lambing period to break the cycle of disease.

The shed is cleaned out completely during this time before rebedding with plenty of straw.

Beyond the lambing period, all replacement stock is vaccinated to give cover against clostridial disease and enzootic abortion.

“Using a vaccine for enzootic abortion and stopping the use of preventive antibiotics treatment is a practical, and sensible thing we could all do,” says Mr Raine.