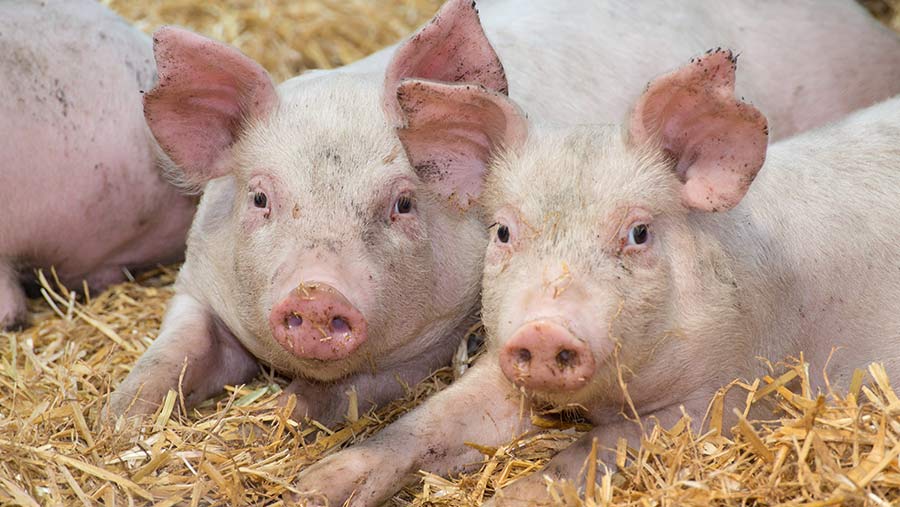 A vet health company has launched the first intramuscular vaccine to control the gut disease ileitis in pigs.

The bacterial disease is present on most pig farms in the UK and causes widespread digestive health problems.

There are often no visible signs of ill health, but an infection with the bacterium Lawsonia intracellularis can lead to poor feed conversion ratios (FCR) and reduced growth rates.

However, MSD Animal Health has now launched Porcilis Lawsonia, which can be delivered with precise dose rates via intramuscular injections.

“The disease spreads rapidly in faeces and on people or rodents, but symptoms can be hard to identify, as they’re often similar to many other diseases.

“Acute forms are often noticeable with symptoms such as diarrhoea or an increase in mortality, but the subclinical form, which is most common, can be hard to identify,” he said

“Diarrhoea is not always present and often indicators are an increase in FCR and a reduction in weight gain leading to variation in pig performance,” Mr Del Pozo Sacristán added.

“Administering an intramuscular vaccination will ensure every animal receives the correct dose, compared with other administrative routes, and will help reduce the production losses and mortality caused by ileitis.”