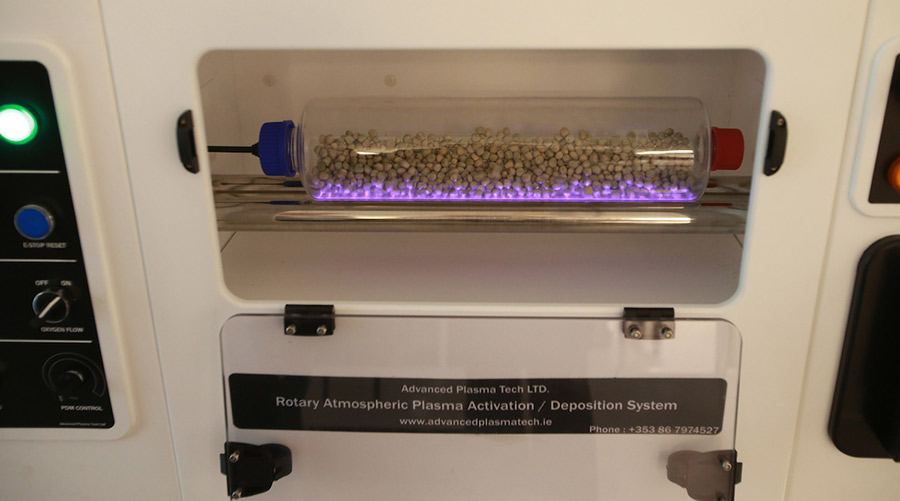 A cutting-edge laboratory investigating a new technology with the ability to reduce harmful chemicals and antibiotics in the food chain – and lessen the threat of anti-microbial resistance (AMR) – has been launched at Queen’s University Belfast.

The Centre for Plasma in Agri-Food (AgriPlas for short) will focus on pioneering research into “cold plasma” – partially or wholly ionised gases that have antimicrobial properties – and its application in farming.

The projects will explore the use of plasma technology in areas such as veterinary treatments, prolonging shelf life of agri-food products, pre-treating grain to boost crop yields and farm biosecurity.

It’s thought that scaled-down plasma technology could be available for use outside of laboratories, for example by food producers or farmers, in as little as three years’ time.

We asked Professor Brendan Gilmore, director of AgriPlas at Queen’s, who is heading up the £1m BBSRC-Science Foundation Ireland project, to explain more. 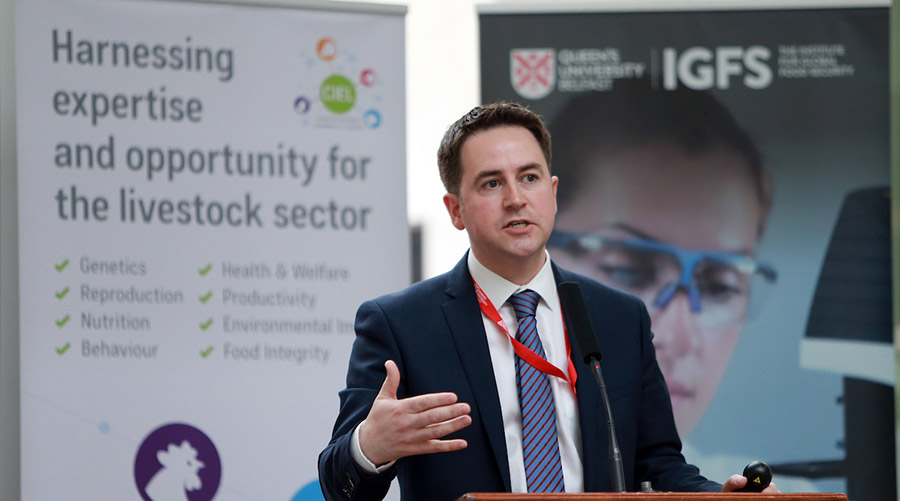 What is cold plasma?

I would describe cold plasma as a very energetic gas. The three familiar states of matter are solids, liquids and gases. However, the fourth state of matter is referred to as plasma.

When you use energy to break a gas down into its component parts (ions, electrons, radicals and neutrals), you get a mixture of very reactive species, for example reactive oxygen and reactive nitrogen species.

These have proven to be very anti-bacterial, generally, and also they kill viruses, spores and fungi.

Why is cold plasma technology so significant?

Over the past 20 years, we have refined the way we can make plasmas. Plasmas can be made by adding energy (for example heat or a high electric field) to the gas.

By using a high electrical field, the gas is broken down without heating it a lot.

As the name suggests, cold plasmas are created from 37C to 39C. Because they are non-thermal, or “cold”, and potentially anti-microbial, you can apply them in/on the body, which has opened up a whole new research area called plasma medicine.

There is now a real emerging interest in using cold plasma in agriculture.

How does this technology work and how far is it away?

It really is just a technology that allows a gas to be passed through a high electric field and that then generates the plasma. Cold plasma technology is already at a fairly high readiness level.

I don’t think it’s too far away from application on the farm. Farming might be the first place where we see a laboratory to field translation of this technology.

What could be the main uses for cold plasma within agriculture?

I think there are two main areas. First, in the use of decontamination and controlling infection and all the various aspects of that which might be used on the farm.

The second area is all about using cold plasmas to improve yields and for degradation of toxins.

Can cold plasmas be used to reduce the use of farm antibiotics?

Yes. Cold plasmas could be used to reduce or even supplant the use of conventional antibiotics or biocides and disinfectants.

They are potentially a non-antibiotic approach to controlling infection on the farm and contamination in the food chain.

They could be used in an animal welfare situation in the treatment of chronic, topical wounds where you replace the use of an antibiotic and instead apply a cold plasma directly to the wound with a special type of applicator pen called a plasma jet.

This technology could be used to control, as one example, digital dermatitis in cattle – a serious chronic bacterial infection that causes lameness.

Plasmas could also be used to decontaminate air in livestock sheds or in water drinking lines.

Can you give specific “farm to fork” examples of how this technology could be used?

There are potentially lots of areas for farmers to use these plasmas.

They are primarily going to be based on antimicrobial applications, such as replacing standard approaches to reducing bacterial load or toxins on raw products at harvest, final products or feedstuffs.

They also have the potential to reduce chemical risks in the food chain, allergens, bacterial toxins and fungal toxins (mycotoxins).

For example, we have been looking at the reduction of mycotoxins on grain following plasma treatment.

We know from previous studies that if you pre-treat grain prior to germination (with cold plasmas), you can speed up germination and increase yield.

Could cold plasmas be used to limit greenhouse gas emissions in agriculture?

Yes. One interesting area is how plasmas may be used to modify the by-products of greenhouse gas emissions from anaerobic digestion systems and slurry.

You could apply a cold plasma to change the gas that comes off the slurry to convert ammonia and methane into more easily manageable by-products.

This would involve applying it directly to the slurry or to the emitted gas, which would kill some of the micro-organisms in the slurry that make methane. In doing so, you could change which gases are emitted from slurry.

Work is ongoing on farms in Northern Ireland exploring this, although AgriPlas is not involved in those studies.

What is the main aim of the new centre?

We are trying to develop bespoke cold plasma devices for specific problems on farm.

We will never replace antibiotics completely, but we are exploring approaches that are less likely to lead to antimicrobial resistance.

Since antibiotics generally target a single process in bacteria, they can evolve resistance to them; plasmas have many antimicrobial species targeting multiple structures in bacteria, so resistance is much less likely.

I see cold plasma as a single control for reducing antibiotic use and the chances of antibiotic resistance.