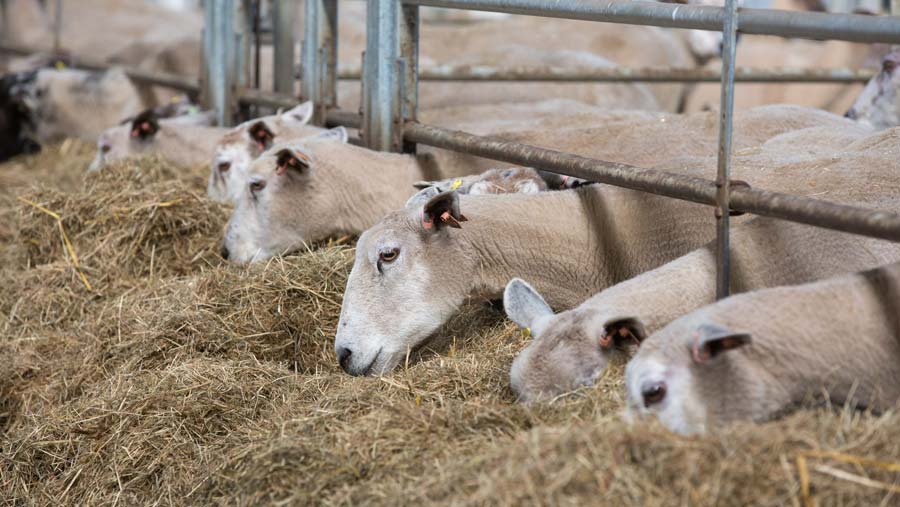 An incurable and fatal sheep virus has been dubbed a “disease of housing”, after a study showed transmission was negligible in sheep kept in extensive grass-based systems.

The paper, from the University of Edinburgh, Moredun Research Institute and Dutch group GD Animal Health, said that extensive all-grass systems, could avoid MV being a problem.

The paper said sheep risked spreading MV during times of:

However, the Plos One journal article concluded that culling and accreditation schemes will always play a role in preventing the disease spreading between flocks.

“Elimination and accreditation will always have a part to play in avoiding spread between flocks. But management techniques which can inexpensively minimise disease spread and reduce high prevalence in infected flocks could have an important part to play in commercial flocks.”

Dr Nick Savill and Prof Andrew Illius, who jointly led the research from the University of Edinburgh, said: “The striking result from our research is that MV is a disease of housing. Even brief periods of housing allow it to spread, but transmission of the virus is negligible between sheep kept at grass.

“So although individual sheep never recover from the disease, it could be eliminated from flocks over time by exploiting the fact that transmission of the virus is too slow between grazing sheep to sustain the disease.”

But she stressed caution in extrapolating the findings in large UK flocks.

She said the data was taken from three flocks of fewer than 50 ewes – one from 40 years ago and two from 15 years ago.

She said: “We know that viruses like MV are not necessarily always constant, so it is not always appropriate to expect them to behave the same, especially if there is a separation of either time or geography as in this case.”

Assuming the findings were applicable to MV in UK flocks, she said there were five key messages:

“Purchasing accredited replacements minimises the risk of introducing MV to your flock,” she told Farmers Weekly.

“MV is an insidious disease and, following its introduction, production effects may not be apparent for several years allowing it to spread undetected. Identifying and culling individual infected animals at an early stage, for example after purchase, is key. In the worst-case scenarios late detection of MV has resulted in entire flocks being culled due to widespread infection.

“It’s challenging to minimise the risk once housed, which is why the MV accreditation scheme rules state that accredited and non-accredited sheep should not share the same airspace when housed, and that a minimum 2m gap should be maintained between them at all other times.”