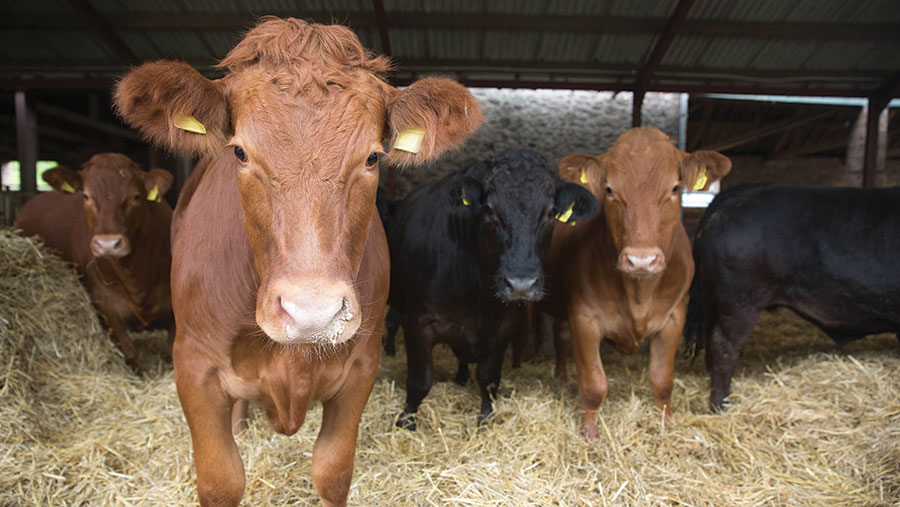 A Somerset farmer has been ordered to pay more than £10,000 after breaching rules to help control the spread of bovine TB.

Shepton Mallet farmer Trevor Bolton moved his 104-strong herd to a location that was not permitted, Taunton Magistrates Court heard on 4 November.

The farmer failed to notify the British Cattle Movement Service when the cattle were moved, did not mark a cattle passport with the date of movement and keeper details as required, and did not have a transporter authorisation certificate, the court heard.

Officers found Mr Bolton had purchased cattle from restricted markets and private farmers and taken them back to his holding, instead of an approved finishing unit or abattoir, in line with TB legal requirements.

Mr Bolton accepted that he had made these movements and said he had done so because of problems at the abattoir or for animal welfare reasons.

He added that he had taken the cattle to a separate holding, away from his own premises, because he “didn’t want them mixing with his own animals because of the ‘disease risk’” – even though he had previously been advised of the requirements.

Jeffrey Bannister, defending, said Mr Bolton had not financially gained by making these movements, and that he had been struggling with paperwork and time due to caring for his wife while trying to run a business.

But magistrates concluded that Mr Bolton had deliberately breached the regulations and fined him £1,000 on each of the seven offences, which was reduced from £1,500 for each offence due to guilty pleas.

Marie Clements, team manager for Devon, Somerset and Torbay Trading Standards Service, said: “Reducing the risk of animal health disease is one of our priorities.

“The South West has a particularly high prevalence of bovine TB and it has a huge economic impact both on farmers and the region in general.

“Farmers have been making great leaps to reduce the impact of bovine TB in recent years and any breaches of TB legislation risks undoing the good work already done and puts livelihoods at risk.”