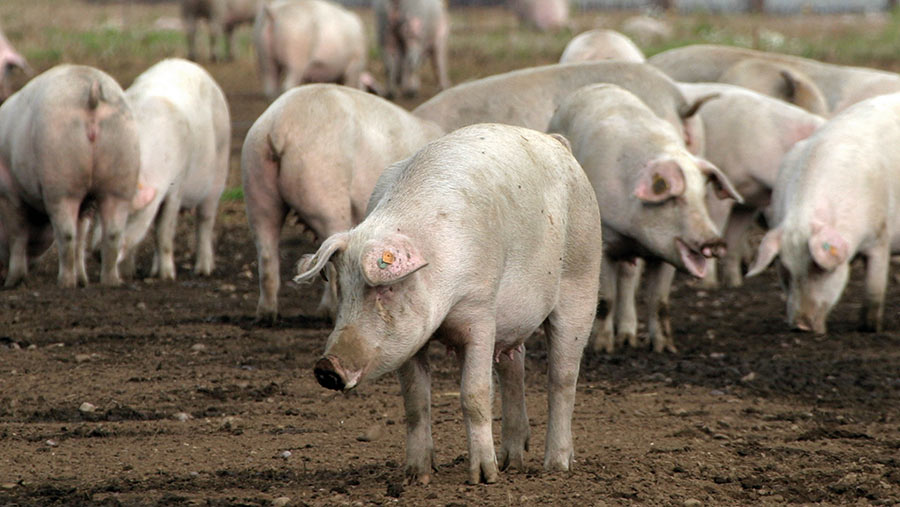 African Swine Fever (ASF) has been detected on a German pig unit close to the French border – a 500km (311 miles) jump from previous known cases.

The outbreak was in a small herd of outdoor pigs near Baden-Wuerttemberg, in western Germany.

Scientists at the Friedrich-Löffler-Institute (FLI) confirmed 16 animals had died from the disease on the farm before it was confirmed.

State vets moved in to cull the remaining pigs after ASF was diagnosed and restriction zones were put in place around the farm.

Officials reckoned there were two commercial farms inside the 3km exclusion zone and almost 60 in the wider 10km surveillance zone.

An investigation is under way to try to establish the source and whether the virus was present in the local wild boar population.

But the commonly held theory is that the long distance from previous cases points to an infection route via human movement.

The National Pig Association (NPA) said the outbreak was yet another stark reminder of the disease’s ability to move quickly and easily.

Ms Veale warned the virus did not need a live vector and could survive for very long periods in meat and meat products.

ASF survives in faeces, urine and blood, as well as pigmeat, and can survive for months in smoked, dried and cured meats and possibly years in frozen meat.

The disease can be spread by pigkeepers and members of the public feeding catering waste, kitchen scraps or pork products to their livestock. It is illegal to do so.

Ms Veale said the current risk posed to UK pigs was classified as “medium” – the highest it could be without an ongoing disease outbreak.

Because of the heightened risk, Ms Veale voiced NPA concerns at the government’s continuing post-Brexit, open-door policy for food imports and called for checks to be stepped up.

She said that the UK pig industry was exposed to ASF without such checks.

“ASF presents a very real risk UK to producers without import checks being introduced; something we highlighted when we wrote to the prime minister this week,” Ms Veale said.

The NPA also stressed the need for the strictest biosecurity measures to be upheld on farms and called for increased vigilance for signs of the disease.

How to recognise ASF in pigs

How the disease is transmitted

How to report a case

ASF is a notifiable disease and failure to report any suspicion of the disease is an offence.

Any suspicion should be made immediately via phone to the Animal and Plant Health Agency (Apha) by calling: