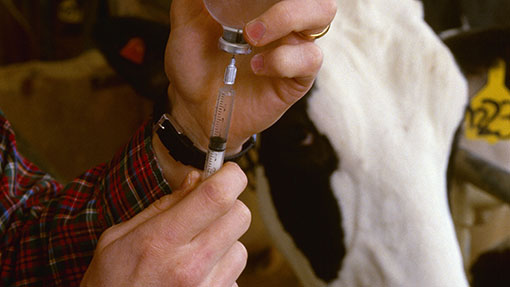 The chances of new antimicrobial drugs becoming available for vet use in the next 20 years are next to none, according an animal medicines body.

Even with new EU legislation aimed to encourage their development, it is highly unlikely a pharmaceutical company will have the incentive to create any new classes, warned Donal Murphy, technical executive at the National Office of Animal Health (Noah).

It is more than 25 years since the last antibiotic class was made available to the veterinary sector in the EU.

For the first time, the European Commission has proposed binding regulations for veterinary medicines across the EU where only directives, open to interpretation by member states, have existed before. They are in the early stages of introduction and are expected to apply from late 2017.

The regulation will hand the control of antimicrobial drugs’ availability to the EC, meaning it could potentially reserve certain classes for human medicine. It will also require member states to collect more data on their sale and use.

In a move to encourage innovation, any new antimicrobial drug will be given 14 years’ data protection, up from 10 years.

Mr Murphy, speaking at a Noah briefing, said while this was “a step in the right direction, it is unlikely to be sufficient to encourage new development”.

Further controls, such as the requirement for post-authorisation studies, where an antimicrobial’s licence could be placed under scrutiny after market authorisation had been granted, may be another disincentive for development, he added.

Beyond antimicrobials, the proposals seek to create a true single market for veterinary medicines across Europe.

Though not a problem in the UK, smaller member states may currently not have access to certain drugs because of the cost to pharmaceutical firms of licensing. Labelling will be simplified and become more uniform across the Continent.

An EU-wide database will be established that monitors adverse reactions to drugs. It is hoped this improved dataset will let regulators identify side effects more easily – much of the information will be made public.

It will also become illegal to prescribe more medication than is needed for a course of treatment.

A separate set of regulations on medicated animal feeds will limit prescription length for three weeks at a time (two weeks for antimicrobial drugs) and could ban “preventative use” of antimicrobials added to medicated feeds.

Noah said it felt such use could be justified, at times, “under the strict control of the prescribing veterinary surgeon, if they believe, based on clinical knowledge, that the animals are at high risk of developing an infection”.

Noah does not believe that antimicrobials should be used preventatively on a routine ongoing basis to compensate for poor husbandry and hygiene practices.