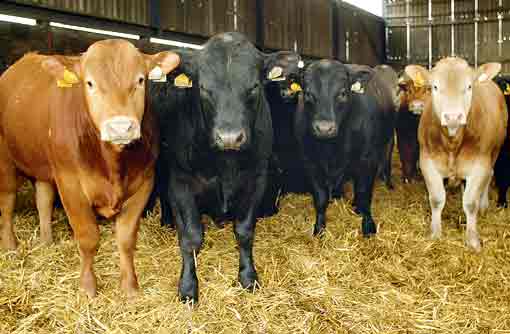 Good herd management and herd health is at the heart of everything Julie and Martin Winn do on their hill farm at Burneside, near Kendal.

However, with high levels of rainfall in Cumbria, the herd has had to overcome the increasing problem of fluke on their 225-acre farm where they run a suckler herd of Limousin/Blonde British Blue crosses.

Mr Winn says he is conscious about the importance of treating animals at the right time of year and with the right medicines to ensure they get the maximum benefit from grass and the silage they feed them during the winter months. And particularly for fluke as it is a real problem, he says.

“Treating for fluke is an important part of our regime. In the past we have tried using a drench for the cattle but this wasn’t always successful, so now we go for a combination injectable flukicide and endectocide that we trust to do the job. We treat everything after housing and we have had no problems with fluke at all.”

Ruth Hatton, who is based at Lancaster and works for Hatton Agriculture, agrees that fluke has been an increasing problem in that region in recent years.

“Because of the warmer, wetter weather that we have experienced we have definitely seen an increase in the number of farmers coming in and saying that they have a problem with liver fluke in their stock – both sheep and cattle.”

Ms Hatton reckons the effects of fluke seem to show up more clearly in sheep, whereas with cattle, she says mainly farmers simply say their cattle are failing to thrive.

“However, we suggest that people seek advice from their vets and be aware that if fluke is a problem in sheep it will also affect their cattle, although it may not be so obvious.

“Although the infection may not be causing obvious symptoms such as anaemia and bottle jaw, research shows that fluke infestation depresses appetite and can also impair the body’s ability to convert feed to body mass. Indeed, liver fluke infestation in growing cattle has been shown to depress liveweight gain by up to 1.2kg/week.

“Put simply, cattle with liver fluke don’t get the full benefit from their feed, may not thrive and may take longer to finish.”

Ms MacGillivray says in terms of the precise timing of a housing dose some advice in the past has centred around treating several weeks after cattle have been housed to allow fluke to mature into adults. “However, during this time cattle growth rates are potentially being hampered,” she says.

Previous studies have demonstrated that in cattle it is the adult fluke which have the greatest impact on productivity, reducing feed intakes by 15%, compared to only 5% for the early immature stage.

A recent study carried out during the autumn of 2010 looking at fluke infection in condemned livers from abattoirs has shown that the vast majority of fluke are already late immature/ adult stage at housing time.

“As a result of this research, the advice would be to treat cattle at housing to remove fluke and allow them to maximise their growth rates and gain the greatest benefit from their feed during the housing period.”