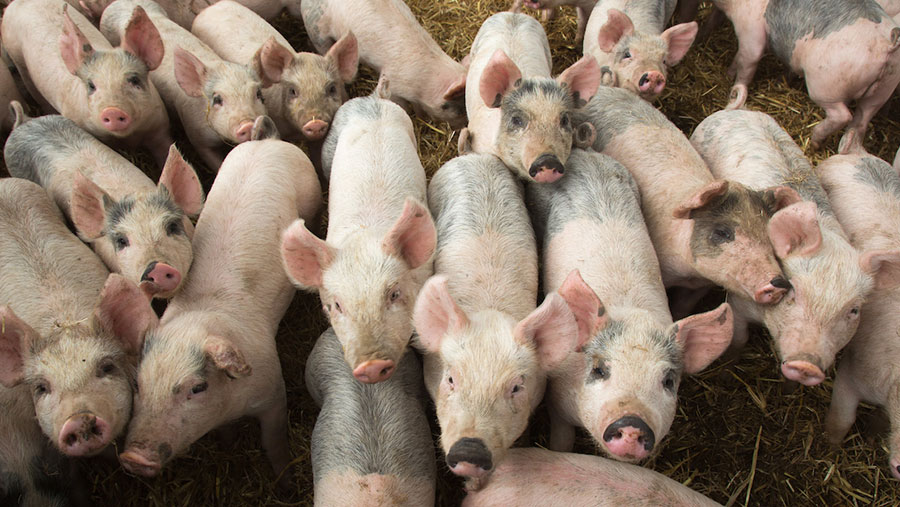 Sow units could be forced to invest tens of thousands of pounds and see productivity plummet if a shock EU proposal to remove zinc oxide from pig feed is passed.

The economic impact of delaying weaning to minimise gastrointestinal issues and growth checks could cost £156 a sow a year, according to calculations submitted to the Veterinary Medicines Directorate.

The loss is incurred from sacrificing 0.5 litters a sow a year and returning UK pig farms back to late-weaning systems, which industry experts argue are akin to practices used in the 1970s.

Experts hope to impress upon the European Medicine Agency’s (EMA) Committee for Medicinal Products for Veterinary Use (CMVP) that the proposal is “not practical or economically viable”.

Based on a 450-sow indoor herd weaning 20 sows a week switching from a four week to a six week weaning age.*

* Figures from AHDB Pork, UK average production of 26.1 piglets weaned a sow a year and a value of £38 a 7kg weaner.

The calculations form part of an industry-wide initiative to argue the case for zinc oxide in creep-feed for piglets undergoing the stress of weaning.

The EMA has confirmed it will revaluate its opinion on zinc oxide, with a final recommendation from mid-March onwards.

Without zinc oxide, pig producers are faced with either dramatic productivity losses or having to rely on “critically important” antimicrobials (fluoroquinolones, colistin), according to Georgina Crayford, National Pig Association (NPA) senior policy adviser.

The stark figure is for a 15.8% reduction in piglet productivity for indoor herds based on a farm increasing weaning age from four to eight weeks.

Should weaning age be increased to six weeks of age then this would reduce productivity by 9.4% and cost a farm £93.10 a sow a year.

Furthermore, the calculations, undertaken by veterinarian and pig specialist David Burch of Octagon Services, show a 450-sow herd weaning 20 sows a week will require 20 more spaces at a “minimum” of £3,000 a space.

But Dr Crayford says delaying weaning would not necessarily reduce stress of weaning and growth checks.

“Weaning is stressful at any age and we can’t be sure that delaying weaning will reduce the scouring that comes from the stress during that period,” Dr Crayford told Farmers Weekly.

“Later weaning is not practical or economically viable. The CMVP suggested that changes to pig production systems like later weaning may be necessary to cope with a ban on zinc oxide  – we’re saying it’s not that simple.”