A clearance of 72% was reported for bulls – an improvement on the previous year – and a 95% clearance on females, which new breed chairman Robin Irvine said showed rising demand for the breed.

At 8,200gns was Romany 1 Poseidon from JRB Wilson and Sons, Romany Herefords, all the way from Kelso, with a winning bid from D Manduell, Seascale, Cumbria.

Poseidon is out of Romany 1 Lily and by Barwise 1 Lancer, is in the top 5% of the breed for eye muscle and intramuscular fat. 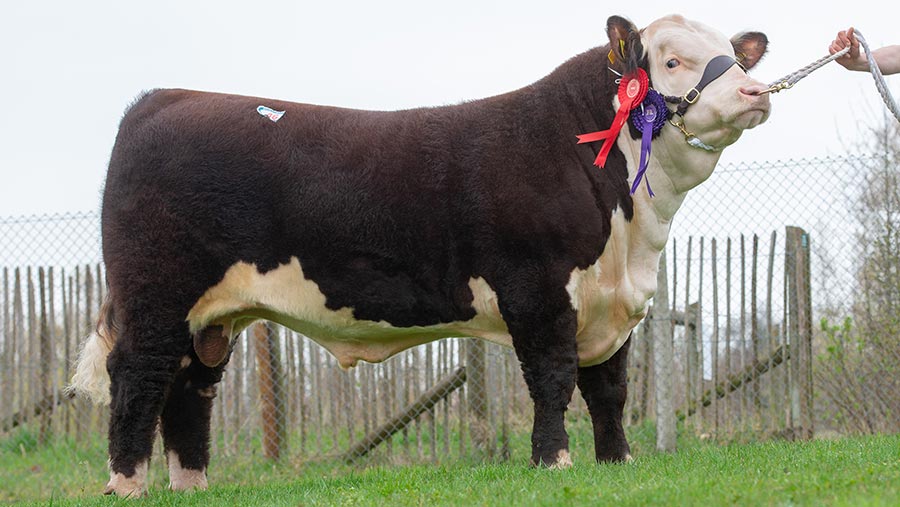 Poseidon was one of two bulls hitting the top of 8,200gns on the day

Matching this was Normanton 1 Perky from TS and WT Livesey, knocked down to RP Mann, Spinney Herefords, Ufton, Warwickshire. Out of Normanton 1 Fistunlina and by Australian sire Days Calibre G74, he is in the top 2% for terminal and replacement indices. 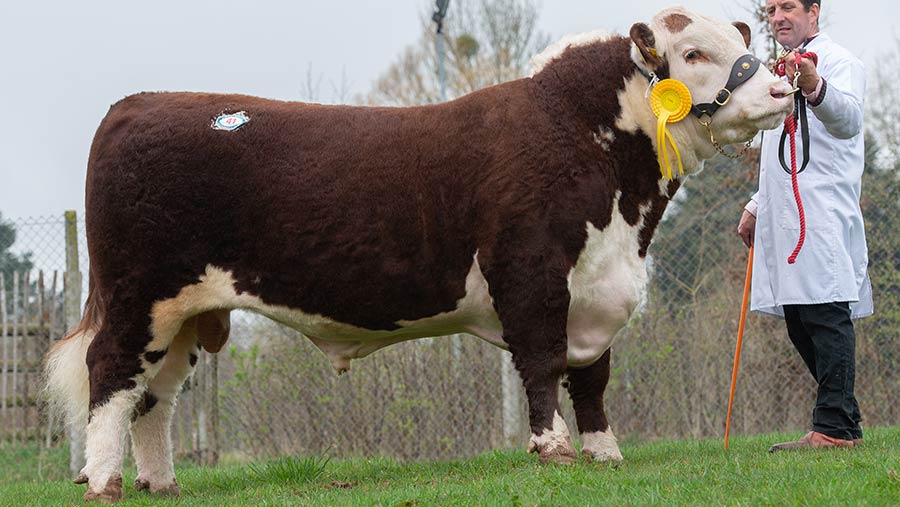 Australian-bred Perky made the joint-top call of 8,200gns, knocking down to Spinney Herefords

Rempstone 1 Even Money E429 sold for 7,000gns to M Shaw, Kirkby Moorside, York. This Bull was Supreme Champion at a number of Shows over the 2017 season and sits well in the top 10% of the breed for growth rates, Eye Muscle Area and Retail Meat Yield.

At 6,600gns was Romany 1 Prince, another from the Wilsons, this time knocked down to G Hall, Pinmore Herefords, Lancashire. 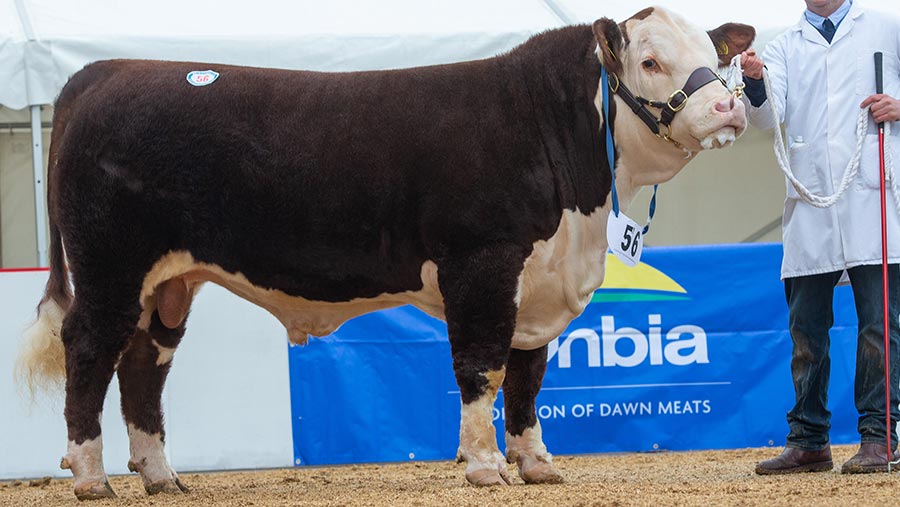 Another Romany bull, this time called Prince, made a big price, this time selling to Pinmore for 6,600gns

Next at 6,500gns was 18-month old Solpoll 1 Pogba from J and W McMordie, Ballygowan, Northern Ireland, who went home with the Stratfield Saye herd, Reading.

He is by Panmure 1 Henry and out of Christies 1 Amber Keno and is in the top 1% for all weights. 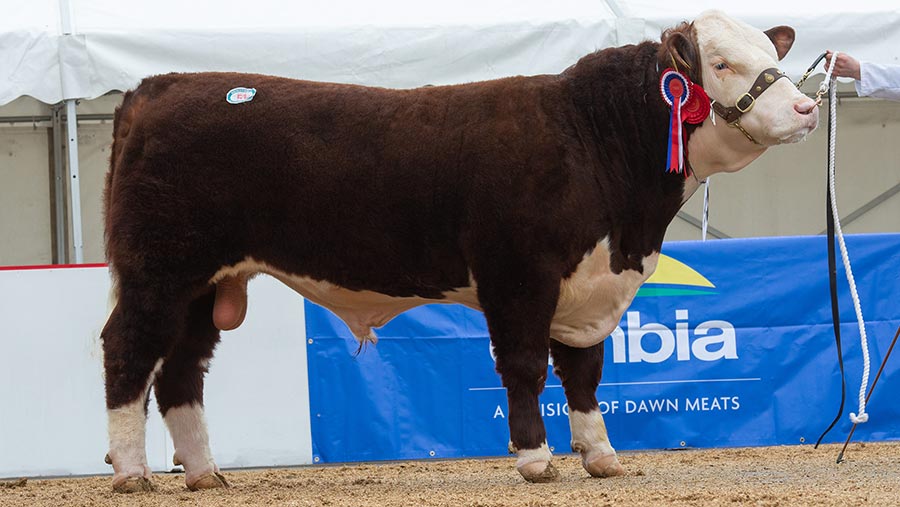 Solpoll Pogba made 6,500gns, knocking down to the Stratfield Saye herd