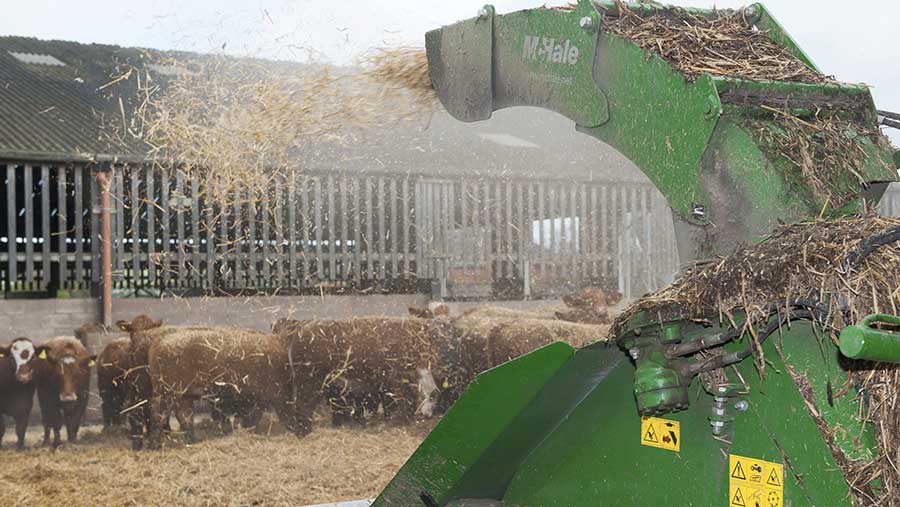 Straw prices have risen 20-50% on the year as drought has hit cereal yields.

Farming unions have urged arable farmers to bale as much straw as possible to address supply deficits.

Many livestock farms have no carry-over bedding stocks after a long and difficult winter, which has prompted farming unions to leap into action, advising farms to plan ahead and be prepared to source alternative bedding materials.

With more arable farmers now baling rape straw, we take a look at some of the potential challenges that may arise from using this bedding and also investigate other options for getting through the winter.

What questions to ask when buying alternative bedding:

1) When buying rape straw – has the rape crop been treated with Astrokerb?

2) When buying wood byproducts – has woodchip been screened and is it safe?

3) Using wood chip and paper – can I spread it on the land?

As part of NFU Scotland’s #HowDoYouPlan campaign, Mr Kennedy is urging cooperation across the farming sector.

Straw prices at a glance

“Power stations burning straw have put pressure on supplies, but they’ve put a bottom in the market. Without them putting in this base price for straw there would be less baled than there is in a normal year.”

“Straw yields are down 50-75% on the barley – we were only getting 1.2t/acre. Overall things look 30% dearer than last year in this area.

“This is an ideal summer for arable farmers to turn the choppers off and bale. Harvest is early, the ground is hard and won’t suffer from compaction and there is the obvious benefit of prices being 30-50% higher across the country.”

He said early reports suggest  more farmers have baled this year and some have baled rape straw for the first time in 30 years of growing it.

“Selling straw at £50/acre may help make up for the tonne of wheat that didn’t grow in the drought for arable farmers. Power stations are taking straw, but this is perhaps 10%, which leaves a lot of straw still available. There is far more straw chopped than burned in a typical year.”

Mr Lawman says the good news is that wheat straw quality is excellent this year, but the prices are looking 20-25% dearer, which isn’t being helped by strong demand from Ireland and the continent.

“France has now finished its harvest and straw yields were down there. Dutch lorries were queuing up for it in the field because of Danish cropping being down hugely. Merchants I know in the Netherlands have been taking calls from Sweden and Norway because bedding is so short further north.

“There has been a lot more straw baled this year, but the price may stabilise now around where it is. A lot depends on the next few weeks and whether rains come, because there is some forecast and if the last third is all chopped then it could put pressure on supplies.”