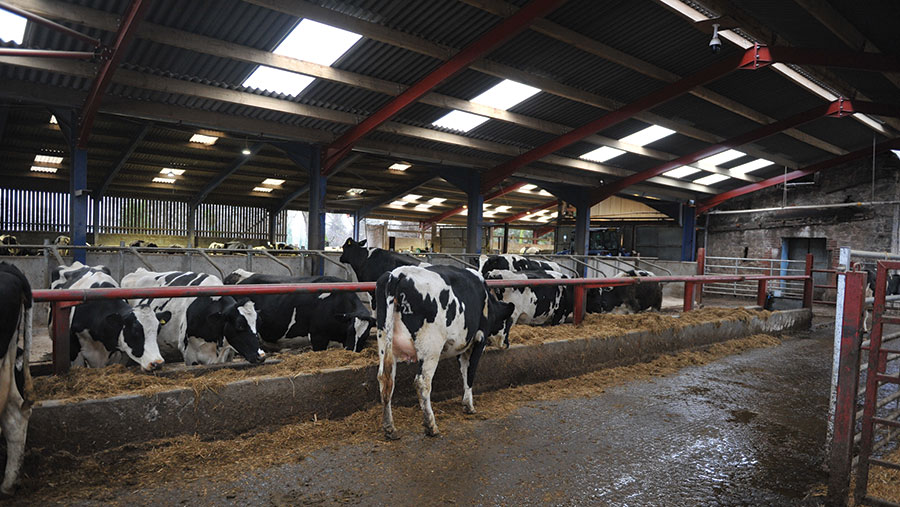 John and Anna Booth invested in the new facility at Rhual Dairy, an AHDB Strategic Dairy Farm, near Mold, in 2018. The shed has provided more room, enabling the transition period to be extended to four weeks.

The previous infrastructure only had sufficient space for managing cows on a transition ration for up to two weeks.

See also: How a US dairy is extending its voluntary waiting period

“We were getting everything else right, but we couldn’t get the cow transition right, we were always short of space,’’ Mr Booth admits, who runs a year-round calving herd of 336 Holstein Friesians.

In total, cows are dry for eight weeks.

They move to a far-shed and transfer to the close-up, transition shed for the last three to four weeks.

The transition shed has calving pens and the cows are moved to these at the point of calving and remain here for 48 hours after calving, before joining the milking group.

The transition shed contains 27 cubicles – seven of which are portable and can be moved to create extra feed space or an additional calving pen – and three calving pens.

At the same time, the Booths invested in a new tub diet mixer from a barrel mixer, which chops straw to the short length required in the transition ration. 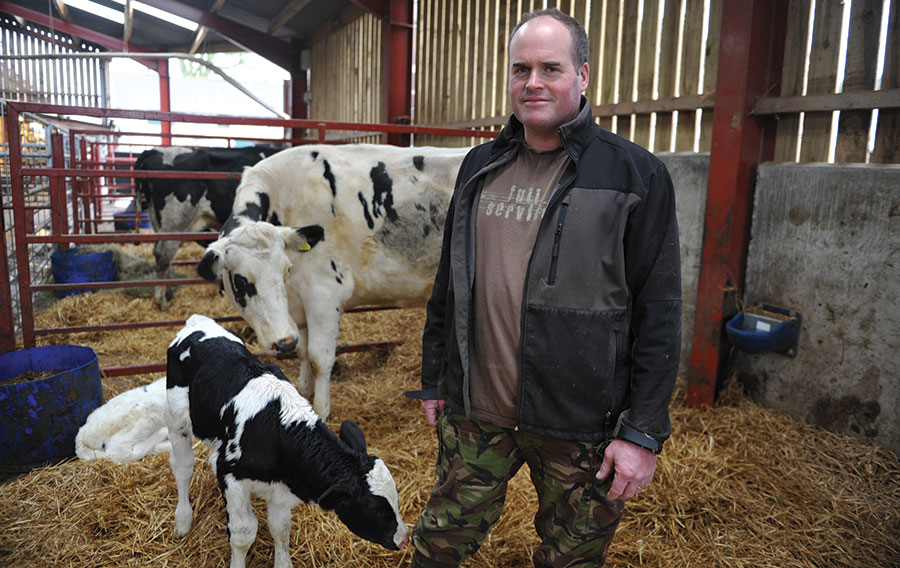 “That is doing a much better job that our old wagon so, although the base of the ration is much the same, it’s the processing of it that has changed.

“The diet is more consistent and we are seeing higher intakes on that,’’ says Mr Booth, who adds intakes have improved 10%.

Since the changes were put in place, cases of retained foetal membranes are down from 3% to 2%, left displaced abomasums from 5% to 1% and milk fever cases have halved, to less than 1%.

“Cows are calving down a lot easier, they are cleaner and we are getting more or less no cases of milk fever.’’

Phil Clarke of P&L Agri Consulting described the dry period as the single most important phase of production.

“These are the most important cows on the farm, treat them like queens and they will repay you,’’ said Mr Clarke.

Below, he makes some recommendations to improve success: