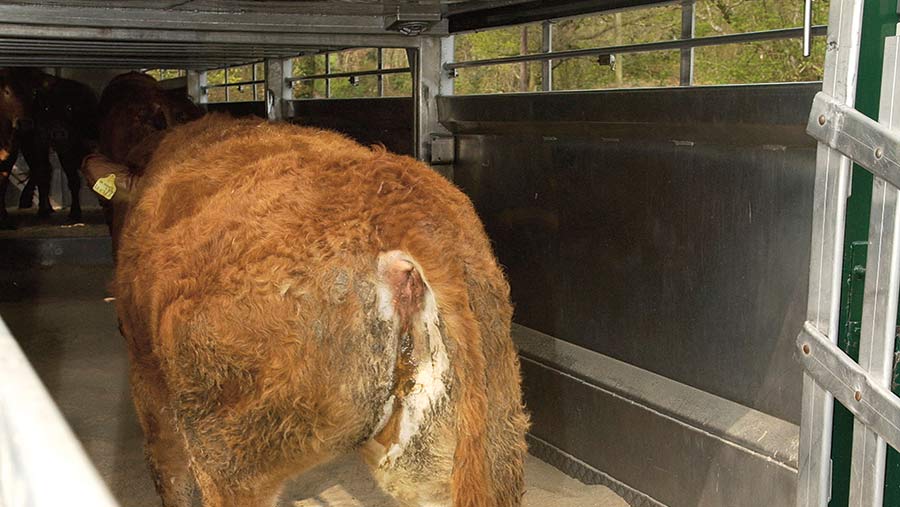 Abattoirs are reporting higher levels of dirty cattle being presented for slaughter, citing the availability and price of bedding as a reason for this.

The British Meat Processors Association (BMPA) says the problem is more prevalent in areas of the UK where it is more difficult to access bedding straw, such as western regions.

“It seems that there is a higher number of problems than normal and that is undoubtedly linked to the shortage of bedding and the higher cost,’’ says Nick Allen, of the BMPA.

To find out what is deemed acceptable and not and what implications dirty animals have, watch the AHDB Beef and Lamb video

Mr Allen says to comply with rules it is therefore important for both producers and the supply chain that animals arrive at the abattoir in a clean and dry condition.

Dr Phil Hadley, international market development director at AHDB Beef and Lamb, says although it’s not always an easy job to ensure animals stay clean and dry, farmers should do as much as they can within the realms of possibility to minimise contamination and not leave it solely to the responsibility to the abattoir.

Clipping to remove dirt, warns Dr Hadley, is not a job that should be taken lightly and should only be undertaken with extreme care and with the appropriate handling equipment.

“Beef cattle don’t spend their life in and out of crushes, it is an alien environment for them, so clipping should only be done with the correct equipment while being mindful of health and safety,’’ he says.

We outline some top tips on how to ensure animals are presented clean for slaughter.

The Clean Livestock Policy, set out by The Food Standard Agency, states that abattoirs are strictly prohibited from slaughtering dirty animals.

The policy is in place to protect against a risk of pathogens such as E coli and salmonella being present on dirty animals as these could potentially cause food-borne illnesses in humans if transferred on to sterile carcass meat.

The Clean Livestock Policy was put in place following the Lanarkshire E coli outbreak in 1997 and supported with scientific research by Dr Phil Hadley on the impact of dirty animals on carcass microbiology.

Arwyn Jones farms in partnership with his mother, Eirwen, at Fferm Plas, at Llandegfan on Anglesey, where 700 head of cattle a year are finished.

A large proportion of the cattle are sold to Dunbia and all are clean and clipped before they leave the farm. 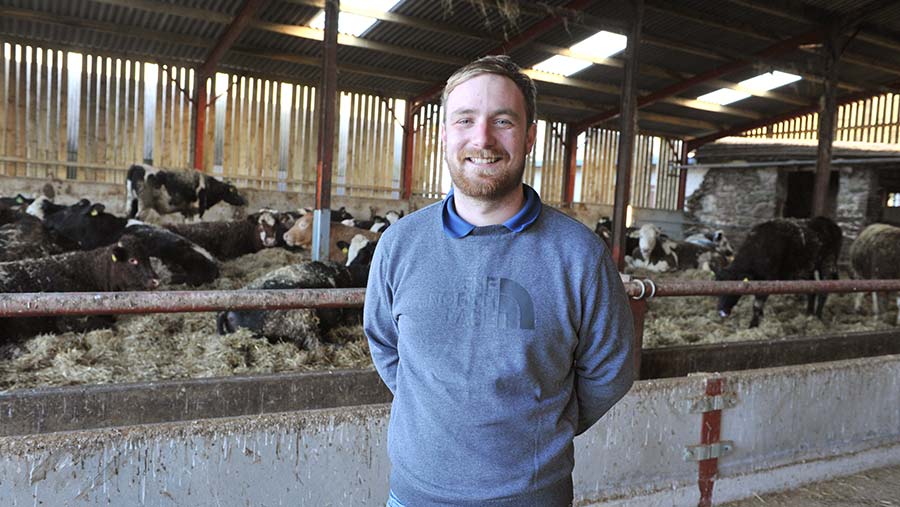 The animals are finished in straw-bedded sheds, where the bedding is regularly topped up.

But Mr Jones admits that it can be a struggle to keep cattle clean.

“We bed them up well with straw but it doesn’t matter what we do, there is always going to be muck on them.’’

And he has noticed a particular problem this year. 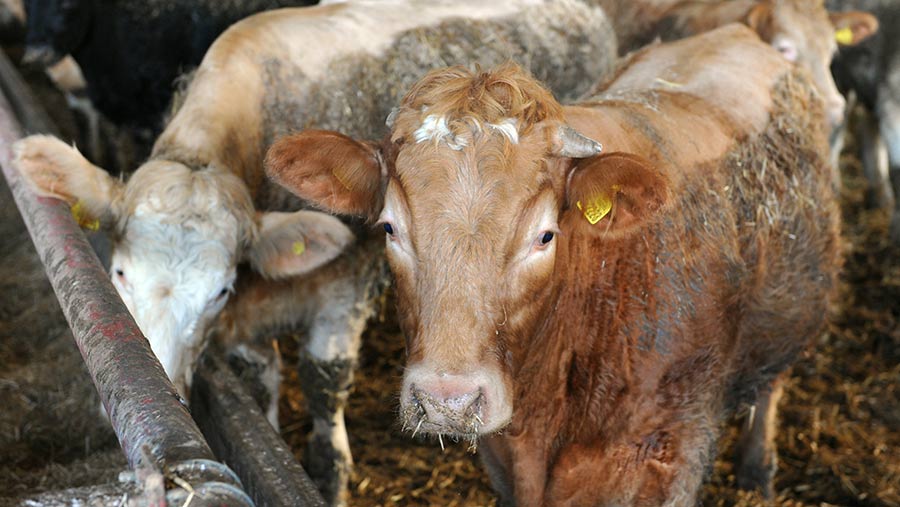 “The straw is more brittle, perhaps as a result of the hot summer. It is not as absorbent as it should be.’’

Ahead of slaughter, every animal at Fferm Plas is clipped, including their bellies, with battery-operated shears.

He recently switched to quieter shears, which has had the desired result of reducing stress levels in the animals.

Mr Jones describes it as “the worst job on the farm’’.

“It is very important, but it is horrendous job.

“I can understand where the abattoir is coming from though, if you are sending in 25 animals they don’t want to be clipping 10.’’

There are financial rewards for the business – it doesn’t lose any of the carcasses due to trimming from contamination.

Improving facilities will allow him to finish all the cattle he buys instead of the current system of buying some cattle to store for a period of time before finishing, allowing him to increase throughput of animals by 200-250 cattle a year,

“The margins are not high, so if we want to make more money we have got to have more cattle,’’ he says.

As throughput will increase, Mr Jones is planning to invest in a squeeze crush to make the job of clipping easier.

“The crushes I have looked at are priced from £8,000-£12,000 so it is a significant investment, but clipping is a dangerous job and we have to consider the safety of our staff.’’